Tesla Model S Plaid was recently revealed and the internet is going nuts over it, especially now that Elon Musk has mentioned that the vehicle's peak acceleration is at 1.2 G's.

The car was measured like a spacecraft's velocity as it free falls back to the surface, and it is a fast one, especially for an electric vehicle's acceleration, and this gives the public the question, "What more for Tesla Roadster?"

Tesla's Plaid roster is known to be the faster version of the Model S, which was initially one of the fastest production cars that are available to everyone who wishes to own one. However, the recent events have unveiled that there would only be one Plaid, and it resulted in the cancellation of the more powerful and larger power cell capacity, the Plaid+.

And while this is a massive turn of events for Tesla, especially as it was not known for canceling its electric vehicle promises, the Plaid alone can handle a 0 to 60 mph of under 2 seconds, which makes it incredibly robust.

Moreover, the vehicle is packed with a lot of features, and it includes the capabilities it has for gaming on its infotainment system. 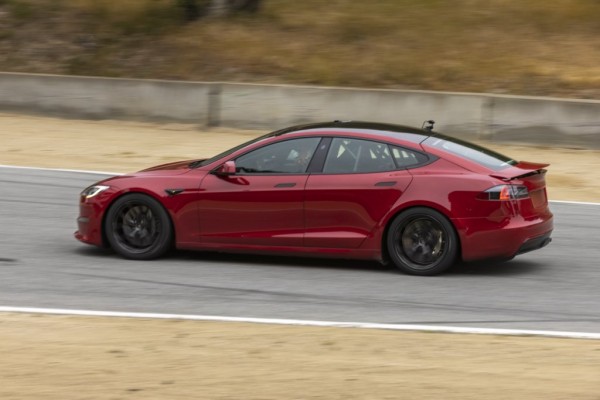 The Model S Plaid has plenty of unique and special features it has on "under the hood" and within the car, and those are massive ones like a predictive shifting system that automatically does for the user. The Plaid showcase event has been massive for the electric vehicle company, especially for Elon Musk, as he got to unveil the awaited trim line of the Model S.

The features do not stop there, and it keeps on coming from the clean energy company's CEO, Elon Musk (@elonmusk), which revealed via Twitter, a key performance spec of the EV. It is the peak acceleration of the Tesla Model S Plaid, which is at 1.2 G's, or the measure of the gravitational pull of the Earth, when pulling back an object to the surface, from space.

Peak acceleration is over 1.2 g’s, which is 20% faster than falling

Additionally, Musk joked about the Plaid's newfound speed, and said that it is "faster than failing," and while that is not entirely measured as it depends on human's decision making, it only means that it is ludicrously fast.

After all, Tesla and Musk based the Plaid off "Spaceballs," the 1989 parody of the "Star Wars" saga, which first mentioned going to "plaid speed."

Will Plaid Be As Fast As Tesla Roadster with SpaceX Package? 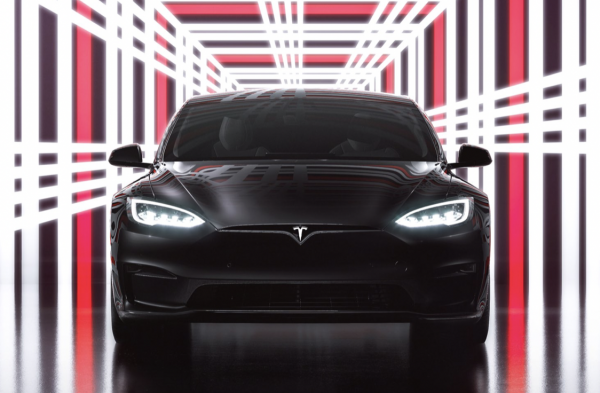 Another thing that comes to mind is that the Model S Plaid is already a powerful vehicle, and "what more if the Tesla Roadster with SpaceX Thruster Package releases?" And truly, it is something to ponder on, especially as both are said to be their own vehicles and not a copy of one another.

The Model S is based more on a four-door vehicle, which has features for luxury and entertainment.

On the other hand, the Tesla Roadster is the sportiest electric vehicle the clean energy company has to offer, and it can live up to the likes of Rimac and Lamborghini.

And in terms of initial specs of 0 to 60 mph, the Tesla Roadster with the SpaceX Package can do it in 1.1 seconds, as the Model S Plaid can only do it in 2 seconds or under.