Virtuo Wants 50% Of Its Vehicle To Be Electric, Adds Massive Tesla Model 3s To Its Fleet

Virtuo, a tech firm that allows people to unlock and hire premium cars, confirmed that it wants to produce electric vehicles.

The giant app announced that it wants 50% of its cars to be electric this coming 2025. Virtuo decided to add more than 50 Tesla Model 3 Long Range units to its fleets in Paris and London to start its EV plan. 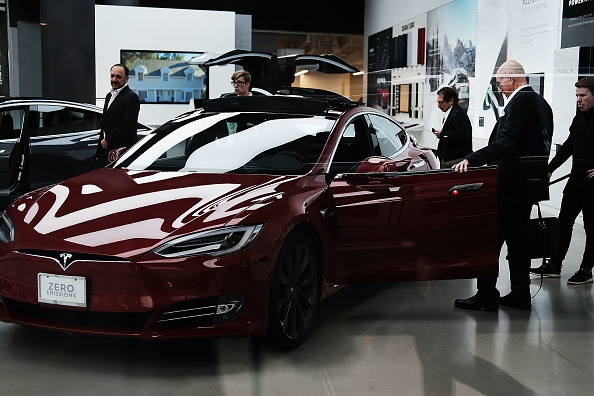 These newly added electric cars will be available for customers to book from June 22. Virtuo's CEO and Co-Founder Karim Kaddoura said that they are hearing great comments about Tesla Model 3.

"It's been very clear over the years, and in the last survey that we did, that Tesla Model 3 specifically was the model that everybody wanted to drive," said Kaddoura.

To give you more ideas, here are other details about Virtuo's current electric car plans.

According to CNBC's latest report, the popular Tesla Model 3 can reach 0-60mph in just 3.1 seconds, based on Elon MUsk's claims. On the other hand, this electric vehicle can also offer a range of 360 miles.

Because of its great features, Kaddoura claimed that customers will likely rent or hire these popular Tesla Model 3s. 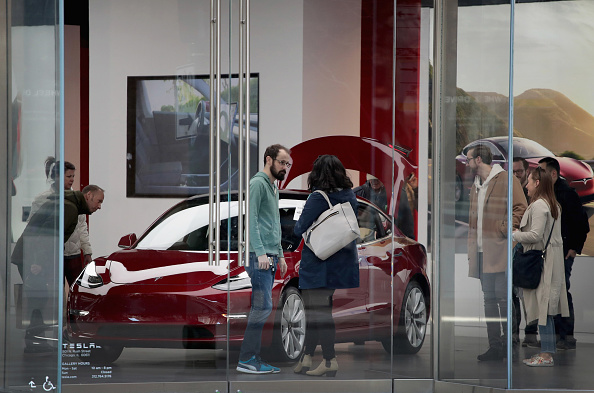 (Photo : Photo by Scott Olson/Getty Images)
A Model 3 sits on the showroom floor at a Tesla dealership on March 30, 2018 in Chicago, Illinois. Tesla has announced it is recalling 123,000 of its Model S sedans due to a problem with power steering bolts.

"It's a different experience. It's undeniably packed with the latest features and innovations that are nothing like any other car," said Virtuo's CEO.

When it comes to pricing, the giant car hire company said that the fee will depend on the situation. Customers can either pick up the car from their headquarters or have it delivered for an extra fee.

On the other hand, Virtuo confirmed that if you want to rent a Tesla Model 3, it will cost you $96 per day. But, the company said that you can receive a discount if your rent longer.

The arrival of Tesla Model 3 units to Virtuo's car fleets became possible, thanks to its investors, who released around $60 million.

Since the company's Tesla Model 3 and other electric vehicles are currently making a huge noise in the EV market, Elon Musk said that it will release an event that will show his company's progress.

Specifically, it will focus on its artificial intelligence systems. This is not unusual since the giant automaker already conducted an event specifically for its Model S Plaid, as reported by MarketWatch.

For more news updates about Virtuo, Tesla, and other related stories, always keep your tabs open here at TechTimes.