Microsoft Is Now at $2 Trillion Market Cap, With 64 Percent Growth Since March 2020 Thanks to COVID-19

Microsoft has reached $2 trillion in terms of market cap earlier today, and it marks a massive milestone for the company, as they are the only other one aside from Apple. 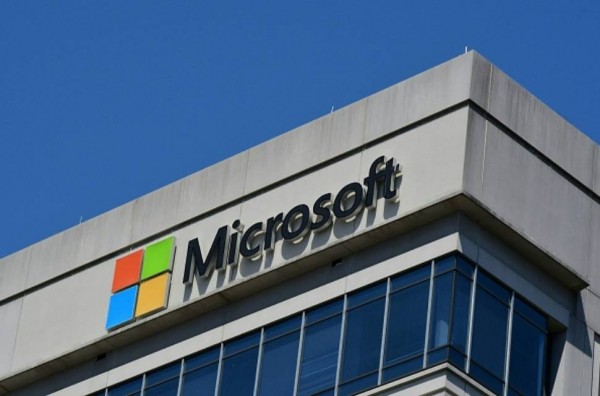 (Photo : Eva HAMBACH / AFP)
A Microsoft logo adorns a building in Chevy Chase, Maryland on May 19, 2021. - Microsoft said it is retiring Internet Explorer, the browser it created more than 25 years and which is now largely abandoned as people instead use competitors like Google's Chrome or Apple's Safari.

This achievement was a 64 percent growth since March 2020, and the global pandemic brought by the coronavirus has caused this rise to happen, thanks to demand for MSFT's technology and services.

In this pandemic, the world is on its knees as several people lost jobs or livelihoods to support their needs and necessities, and some were left with no choice but to resort to something else. However, this was not the case for Microsoft, as it is "business as usual," and even more so, it gained during this pandemic as it was considered as an essential need.

Apple is the only other Big Tech company in the US and the world that has surpassed the $2 trillion mark, and next was Microsoft, and this says a lot for the technology industry, as the world has shifted to a digital era. Additionally, Microsoft's Xbox and Cloud Gaming were also to thank for this success, especially as people turned to games for entertainment.

Microsoft Market Cap is at $2 Trillion

According to CNN's report, Microsoft has grown its market cap to $2 Trillion this Tuesday, June 23, and stayed that way for the company for the rest of the day. MSFT is now basking on their new milestone that it has achieved, thanks to its software and services that has been one of the most used technology during this modern-day pandemic.

Services and tech of the Redmond giant include Microsoft 365, Microsoft's Office Suite, Microsoft Teams for video collaboration, Microsoft Azure, and more. These aforementioned techs were what made Microsoft an essential company during this pandemic, especially as companies, businesses, and other industries have resorted to going online to continue their work, from home.

Microsoft's valuation now has grown by a massive 64 percent, and this was a massive difference since March 2020, when the initial happenings of the pandemic took place, with a selling value of $256.51.

The only other Big Tech in the list was the first one, and it is Apple at $2.24 trillion market cap in the latest charts but has a slightly lower stock value of $133.98.

It has been established that Apple and Microsoft are standing on the throne of those which have surpassed the $2 trillion valuations, but what about other Big Tech companies? Well, the others, Google and Amazon, are close to $2 trillion, but yet remain far away from it as they sit below the current spotlight that is at Apple and Microsoft.

Google and Alphabet are currently at $1.67 trillion, while Jeff Bezos's Amazon is now at $1.77 trillion, which are still massive differences to achieve the two trillion mark. Despite Amazon's Prime Day 2021, the company has not grown its value in time, to surpass that of Microsoft, as well as Google.

Related Article: Xbox Is Targeting 3 Billion Players With their Focus on Inclusivity