Lithium Ion Batteries of the Future Could FULLY CHARGE in 5 Minutes, According to Research

Lithium ion is the main type of battery that you'll see in every smartphone today. But while it's good enough on its own right now, a team of researchers claimed that they just broke the "charging speed limit" one one of these using a very nifty trick. 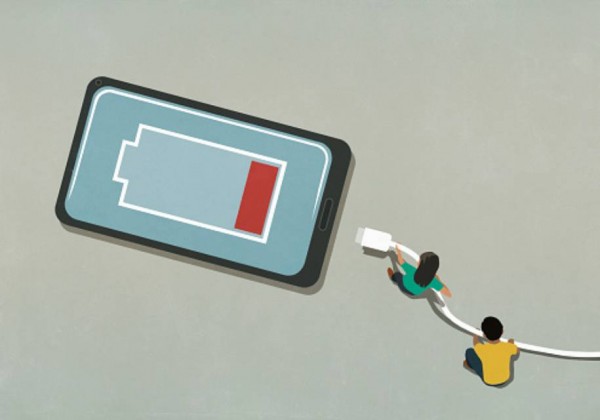 Researchers from the University of Cambridge attempted to take a deeper look into lithium ion batteries' inner workings and found a way to improve one's charging cycle, writes The Independent. As a result, they did manage to fully charge one battery in as little as five minutes, when normal ones would need to be plugged for over an hour.

The researchers found out that it's never the battery charger at fault here, but the actual battery itself. They discovered that each lithium ion cell has different "speed limits," which depend on whether the battery is charging or discharging.

They stated that improving charge times relies on controlling two things. One is the speed at which lithium ions pass into the battery itself when it is charging. Two is the speed at which the ions are inserted at the edges. The researchers were quite literally observing the lithium ions moving through the battery in real-time, as reported on iNews.

Once they managed to observe those ions, they were then able to understand how to make the charging process itself faster. And considering how long lithium ion batteries have existed (almost two decades), it's about time.

Read also: Lead-Acid vs Lithium-Ion Batteries: Which is More Harmful to the Environment

Lithium Ion Battery Fast Charging: Why Does it Matter?

Lithium ion batteries have been widely used all over, and not just in smartphones. In fact, they've even been used literally out of this world when NASA astronauts on the ISS changed the station's old batteries into lithium ion as part of their maintenance runs. But the main problem with these batteries is the amount of time they take to charge fully.

Think of the amount of time you've spent just waiting for your phone to charge up, even if you were using it while it's plugged in. You could've done so much more with that time: cook something new, learn a language, or spend time with your family. Imagine if your smartphone only took 5 minutes to charge fully. The amount of time you save for more important things grows exponentially.

Of course, it's not all about that. Going back to the experiments done by the Cambridge researchers, the tech that could potentially be developed from that could also lead to longer-lasting, more durable batteries. With electric vehicles expected to take over the world's streets by the 2030s, faster charging and longer-lasting cells will have to be produced in time.

These so-called "next-generation" batteries, once they get developed, will be among the biggest catalysts to the world's eventual weaning off of fossil fuels. And maybe, just maybe, the harsh realities of global warming could be a thing of the past.

Related: Tesla is Looking to Buy Over $1 BILLION Worth of Battery Raw Materials from Australia

Lead-Acid vs Lithium-Ion Batteries: Which is More Harmful to the Environment