A "cyber seed" could grow to a programmed design structure, which could help reshape health equipment, vehicles, and other technology in the future. 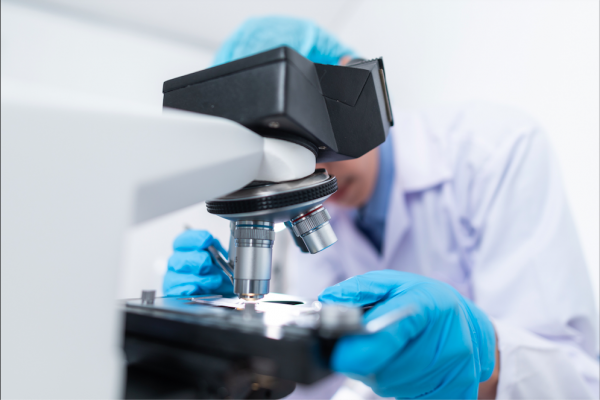 (Photo : Photo by Chokniti Khongchum from Pexels)
“Cyber Seed” grows to whatever design it was programmed. Thus, it is likely to reshape the structure of future health tech, vehicles, and more.

Its nature of blooming over time like a plant could eventually create endless possibilities for industrial design. Researchers from the Univesity of New York, University Belfast, and Loughborough University are behind the revolutionary invention.

According to The Independent, the "cyber seed" could store a plethora of information encoded to it. It could expand up to hundreds of pieces of information. The data inside it included specific design details, such as its size, color, material, and other properties. All these will serve as the direction as to how the seed will look when it fully blooms.

Mark Prince, project lead at Queen's University Belfast, said that "this cyber seed grows within a computer model just like a stem on a plant does in nature - it gets longer and longer as it grows."

Initially, a seed keeps 50 lines of information, six of it for each line. However, the limit could still extend in further iterations, which could welcome more complex designs.

The "cyber seed" grows to the programmed design using an algorithm. It follows the encoded design attributes.

To illustrate its growth, the "seed" during its infancy days will be a mere single cell inside a computer-aided design program. Eventually, it will further grow to what was set out by the programmer.

Now, the "seed" has only figured random shapes as it is still in its developing phase. But, the researchers vowed that it is set to mature into forms that could help humankind soon.

Like a plant, the "seed" has a "bud" stage, wherein artificial sensors will start manifesting.

The "cyber seed" flourishes using materials depending on what you programmed it to use. It could heavily depend on what is densely available locally.

For instance, Mumbai could best use bamboo to create various designs. On the other hand, Belfast could preferably use aluminum.

With that, it extends the possibility of what could be achieved with the "cyber seed" technology. Just imagine bamboo growing into varying designs.

Read Also: Tesla Owns the World's Largest Die Cast Machine, and Elon Musk Reveals All the Advantages of Owning It to Make EVs

LabMate reported that the "cyber seed" is also opening up wide opportunities for the field of both medical and bioengineering.

The outlet suggested that "seed" could help in producing equipment for the specific needs of patients. Additionally, it could also develop customizable therapeutic specimens.

Although both are already available, it is relatively expensive to create. So, patients are often left with pieces of equipment for general use.

Dr. Carmen Torres-Sanchez told LabMate that "this flexibility will allow the treatment of new diseases." She added that patients with changing conditions could also benefit from the new technology.

In other related news, the Apple Airpods is expected to sport health sensors later on.

Also, the researchers claimed that the "seed" will likely be used for future vehicles and aircraft. The current version of the "cyber seed" is already attempting to produce simple parts of bicycles and aircraft.