Windows 11 was just formally announced via livestream, but can your device actually run it? 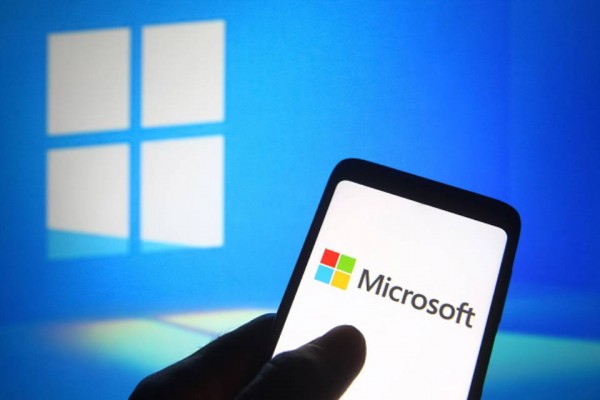 (Photo : Pavlo Gonchar/SOPA Images/LightRocket via Getty Images)
UKRAINE - 2021/06/17: In this photo illustration, Microsoft logo is seen on a smartphone screen in front of a fragment of a Twitter page of Windows.

Advertised as a much lighter version of Windows, Windows 11 is scheduled to go public later this year (Holiday 2021). And it looks like the new generation of Microsoft's all-encompassing OS is actually quite easy to run if you have a fairly modern computer or supported handheld device that isn't older than anything from the early 2000s.

WCCFTech lays out Windows 11's system requirements as follows. And based on these, the OS is pretty light, just as Microsoft promised. Take note, however, these are the minimum specs, which means this hardware can only give you sub-par performance at best. For a way better experience, you need something more powerful than these:

But of course, not everyone will be able to know what hardware their computers/devices have. Fortunately, there is a free tool that you can download to check if your device is capable of handling Windows 11, as reported by Tech Radar. The download link was shared by a Twitter user who goes by the handle @_h0x0d_:

Download Windows PC Health Check to see if your PC meets the requirement of Windows 11 https://t.co/hJ7fYBlb51

All you need to do is download the program and run it, and it will tell you if the device you installed it on can run Windows 11 based on the system requirements. The program is called WindowsPCHealthCheck.

But beware, however, because the program might not function as intended. It could show that your PC "can't run Windows 11" even if the hardware in the system is way beyond the minimum requirements.

Windows 11: Should You Be Excited?

After so many leaks (including the so-called "leaked ISO file" that a lot of tech reviewers managed to install ahead of the official reveal), Windows 11 is now official. They had a little bit of trouble getting that version to run on their devices, obviously, given that it's an early and unofficial copy.

Aside from that, Windows 11 also couldn't escape harsh criticism even days before its official launch today. But barring all of that, should you be excited for it?

If Microsoft's live presentation is to be believed, then maybe you should. They focused a lot on improving the overall usability of the operating system, while also adding new and more refined features from previous versions. But perhaps the biggest news was regarding Windows updates.

Microsoft revealed that Windows 11 updates are 40 percent smaller, which means that downloading and installing them in the background is a lot easier on the hardware. They're also touting the OS as the most secure yet, which could mean that those times of problematic Windows 10 updates that do more harm than good will be long gone.

There's simply too much information to include in this short article, so it would be best for you to look up the recorded presentation online and see things for yourself.

Related: Microsoft Windows 10 Support is Ending on 2025-Set to Unveil 'Windows 11' Next Week