Tesla Model S Plaid, even with half battery charge, still outpaces supercars in terms of speed.

The latest data proved that Elon Musk's latest electric vehicle is still faster than its counterparts. Critics of the Tesla flagship said that it would perform poorer at a lower charge. 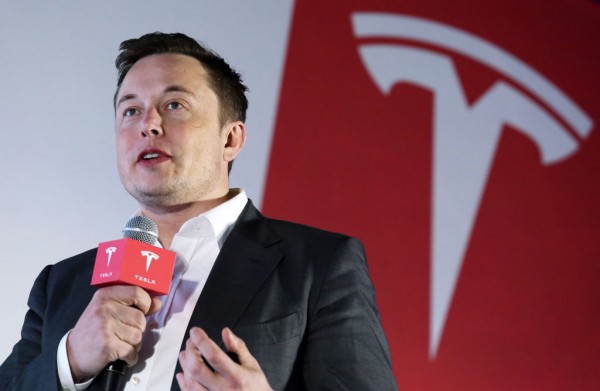 (Photo : by Nora Tam/South China Morning Post via Getty Images)
Tesla Motors CEO Elon Musk speaks to the media next to its Model S during a press conference in Hong Kong.

According to Teslarati, critics of the Tesla Model S reiterated that the impressive speeds only hold when the battery is fully charged.

Consequently, Porsche took the opportunity to boast that its Taycan Turbo S's speeds remain unchanged regardless of its battery charge.

But the speculations about the Model S Plaid have been proven wrong by the latest data revealed by a YouTube video uploaded by DragTimes.

To be precise, two Tesla vehicles with 98% and 50% charged exhibit nearly the same speeds. The former took 9.39 to complete a quarter-mile or 0.4km, whereas the half battery charge achieved it in 9.56 seconds.

On the other hand, the 0 to 60 mph likewise noted a millisecond difference in performance with the 98% charge at 2.42 seconds, while the latter is at 2.38 seconds. So, it turns out that the lower battery charge performs slightly better in terms of acceleration.

Nevertheless, there are no significant changes in performance with the 98% and 50% charged Telsa vehicles.

Elon Musk's EV giant claimed after the Porsche announcement that its latest flagship sedan could also hold its performance consistently regardless if the battery is fully charged, or only sitting at the half.

The latest video from DragTimes and Brooks Weisblat proved just that.

The performance of the Tesla Model S Plaid at half its charge, achieving a quarter-mile in nine seconds, showed that it is faster than the Porshe Taycan Turbo S.

Moreover, the DragTimes YouTube video also tested the Tesla flagship vehicle against high-performing supercars, such as the Ferrari SF90 and McLaren 765LT.

And yet again, even with a 50% percent battery charge, Tesla Model S Plaid still reigned supreme in speeds.

To be exact, the Ferrari SF90 also bested the quarter-mile run at 9.64 seconds, whereas the McLaren765LT only completed it at 9.88 seconds.

Lastly, it turns out that the Porshe Taycan Turbo S took 10.39 seconds to achieve a 0.4km run.

The Tesla flagship car did not only outpace other fast cars in data, but it was also victorious at the Pikes Peak Exhibition 2021.

The exhibition named the Tesla Model S Plaid as the fastest car in the 2021 lineup.

Meanwhile, Elon Musk said that the peak performance of the latest flagship is "faster than falling."