Elon Musk's Tesla Megapacks are powering the 100MW/400 MWh Saticoy battery storage in Ventura County, California. It comes after residents voiced their concern regarding the possible entry of a gas peaker plant. 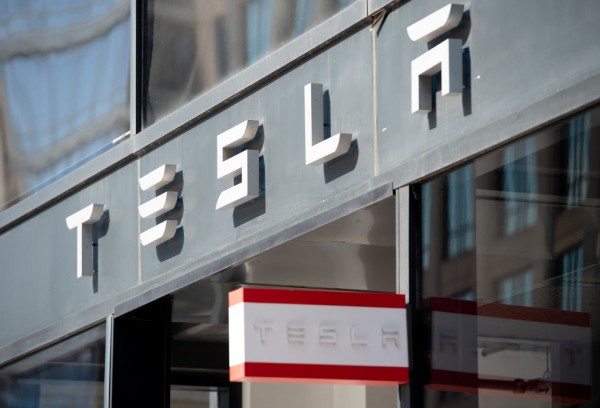 (Photo : by SAUL LOEB/AFP via Getty Images)
The Tesla logo is seen outside of their showroom in Washington, DC, on August 8, 2018. - Tesla's board of directors said Wednesday it will evaluate chief executive Elon Musk's proposal to take the electric car maker private. After Musk last week raised the idea as a better solution for Tesla's long-term growth, directors met "several times" and are "taking the appropriate next steps to evaluate this," the board said in a brief statement issued before the stock market opened.

According to Electrek, a total of 142 Tesla Megapacks, the energy storage solution of Elon Musk's company, saved a beach and the communities around it from the wrath of a gas power plant pollution.

Instead, the residents could now flaunt having one of the largest energy storage facilities in the United States.

Strata Clean Energy, which developed the facility, only took nine months to deploy it -- albeit its size.

Teslarati reported that the Saticoy battery storage is powerful enough to energize the cities of Southern California. For instance, the facility alone could light up Oxnard for at least four hours.

Arevon Asset Management will be running the facility based on a 20-year purchase and sale agreement. With that, Southern California Edison will be providing electricity to the Tesla Megapacks.

The Tesla-powered battery system answers to grid outages. As such, the system brings back electricity to the grid once the latter faces peak demand. It could then help reduce gas peaker plants' use.

The current battery system is a result of the Ventura County residents' plea to keep the gas peaker plant away from their homes.

Aside from protecting the health of the residents, the current facility also provided job opportunities for the community.

Meanwhile, Head of the Clean Energy Infrastructure of Capital Dynamics, John Breckenridge, said that the Saticoy battery storage will be bright news for the residents on hot days as it improves the "grid reliability."

During the TSLA Earnings Call on April 27, Elon Musk estimated that the existing power utilities, in general, will struggle to meet the energy demand from users of electric vehicles.

That said, he touted that power sources need to increase twice the present capacity. The latest battery system seems to do just that.

Meanwhile, Elon Musk's company is likewise planning to build another 100MW energy storage facility in Texas. Tesla teamed up with Gambit Energy Storage to make the endeavor possible, answering the winter outages that the state has been experiencing.

In other related news, Tesla is also ramping up the purchase of its battery's raw material to the tune of $1 billion.