Britain claims that the country will soon remove all its coal-generated electricity energy by October 2024. This is one year earlier since the government's energy system department recently announced that the plan's completion should be in 2025. 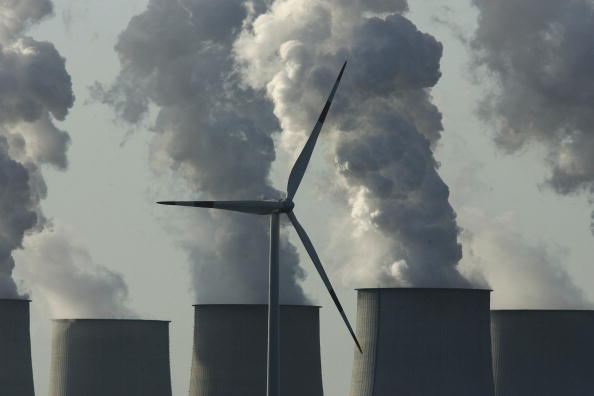 (Photo : Photo by Sean Gallup/Getty Images)
A loan wind turbine spins as exhaust plumes from cooling towers at the Jaenschwalde lignite coal-fired power station, which is owned by Vatenfall, April 12, 2007 at Jaenschwalde, Germany. Germany is planning the construction of 40 new coal-fired power plants, though officials claim the plants are based on technology that radically increases their efficiency.

Anne-Marie Trevelyan, the minister of Britain's Energy and Climate Change department, was the one who confirmed the information on June 30. Aside from this, she also claimed that the country could demonstrate its emission reduction leadership before the 2021 United Nations Climate Change Conference (COP26) summit happens this November.

This event is expected to be hosted in Glasgow. As of the moment, Britain is trying to inspire other governments to follow its footstep towards cleaner electricity generation. It is specifically asking them to set their own coal phase-out dates to end overseas coal investments.

Right now, countries and independent companies are currently trying to reduce carbon emissions to fight the current global warming. These include Tesla, which inspires other automakers to transition to full-EV productions. 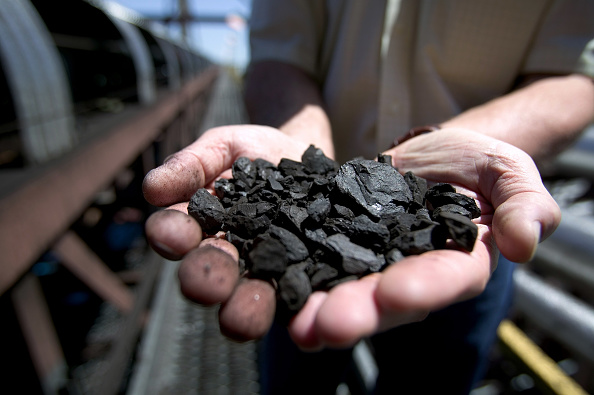 (Photo : Photo by Robert Nickelsberg/Getty Images)
(US NEWS AND WORLD REPORT AND NEWSWEEK OUT) A KFx company executive shows off a handful of the company's K-Fuel or "clean coal," an upgraded coal produced with nearby Powder River Basin coal and under high heat and pressure extracting moisture and toxic pollutants before shipping it to public utilities, June 12, 2006, in Gillette, Wyoming.

On the other hand, researchers also conduct new studies to help reduce the consumption of unclean energy and clean energy. These include research claiming that EV batteries can be recycled using bacteria.

And now Britain wants to join their efforts by wiping out its coal-generated electricity. Electrek reported that one of the country's plans is to set up its own Energy Transition Council. This new organization could help bring more partners to ensure that clean power is the best option for developing nations.

On the other hand, Britain is also promoting clean electricity for support transitions.

"Today we're sending a clear signal around the world that the UK is leading the way in consigning coal power to the history books and that we're serious about decarbonizing our power system so we can meet our ambitious, world-leading climate targets," said Trevelyan.

"The UK's net-zero future will be powered by renewables, and it is this technology that will drive the green industrial revolution and create new jobs across the country," added Britain's Energy and Climate Change Minister.

According to Carbon Tracker's latest report, various countries are currently responsible for 80% of the world's planned new coal plants. On the other hand, they are also using 75% of the existing coal mining laboratories across the globe.

These nations are specifically Indonesia, Japan, Vietnam, India, and China. As of the moment, these countries haven't released any statement if they will join Britain's current efforts against coal mining.

For more news updates about Britain and its upcoming anti-coal mining plan, always keep your tabs open here at TechTimes.

Related Article: Bill Gates was Right? Here's Why Bitcoin Consumes Electricity Larger than Most Countries in the World