Scream-seeking drones are not the usual unmanned aircraft (UA) that we know. For those who are not familiar with them, it may sound scary at first to recognize their capability, but searching for a human voice is only a part of their operation to save more lives during emergency cases.

Researchers Use Beamforming To Train the Drones 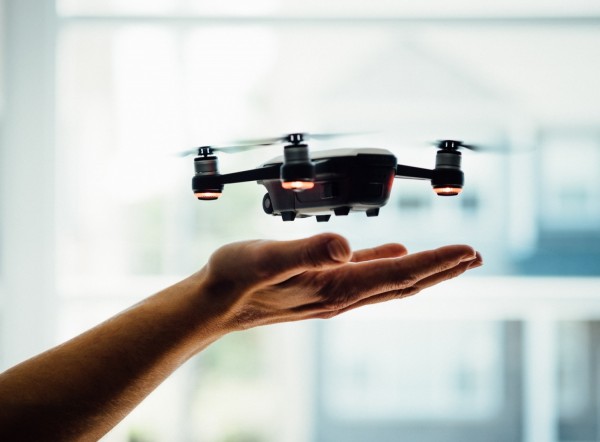 (Photo : Dose Media from Unsplash)
These drones are able to search for human screams but don't worry about it--they are only here to help.

In an email interview with Mashable, Macarena Varela, one of the researchers from Fraunhofer Institute for Communication, Information Processing and Ergonomics (Fraunhofer FKIE) said that they have done beamforming four years ago. At that time, the technique was applicable but given the system's size, it's too heavy and big to be placed on a drone.

According to the team, the scream-seeking drones will be assigned to assist the rescuers who have been immersing in unexpected situations involving people who are in danger. For those who are trapped in a building during a fire or similar events, the UAs will make use of the microphones to detect the screams that are close to them.

Varela said that what they did was only the "beginning" of their dream to use the drone in searching and saving the individuals who need immediate help.

How the Researchers Made Drones That Seek Human Scream?

To experiment, the team made use of 32 microphones for the drone. In the future, the team would add an additional number for the mics to check if the unmanned aircraft would be much better and more effective.

In this way, the researchers could have an insight into the accuracy of sound detection of the microphones. If they are many, they could be more precise in identifying the exact details of the person who needs help.

"Ideally, to use beamforming techniques, it is practical to use an array of identical microphones delivering synchronous data. We opted for a very particular array called Crow's Nest, where all microphones are randomly positioned in a sphere. This type of array provides sound coverage in every direction and [is] equally good in all directions.," Varela said.

Varela added that to create a sensitivity beam, the direction's maximum sensitivity should be accomplished. This will happen during the combination of the data that the microphones have gathered. After that, the source where the individual originates can now be detected when he/she makes a scream.

Long before the scream-seeking drones came out, the UAs were already utilized for rescue operations. They were known to be a good surveillance device, especially during an aerial inspection. There were cameras mounted to them which were used to spy the area and look for something that needs urgent assistance like in the case of disasters.

Varela said that the team would face many challenges along the way while they are innovating drone technology. Although it would be somewhat difficult for the team to do that, they have chosen experts who will take over the specific tasks for improvement.