Ingenuity helicopter keeps on setting records on Mars, and it's barely spent half a year over there. 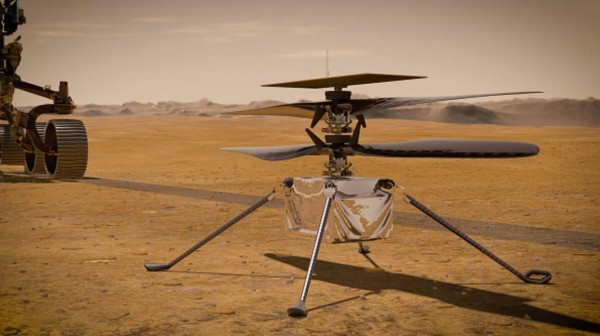 (Photo : NASA via Getty Images)
UNSPECIFIED: In this concept illustration provided by NASA, NASA's Ingenuity Mars Helicopter stands on the Red Planet's surface as NASA's Mars 2020 Perseverance rover (partially visible on the left) rolls away. NASA's Perseverance (Mars 2020) rover will store rock and soil samples in sealed tubes on the planet's surface for future missions to retrieve in the area known as Jezero crater on the planet Mars.

The little chopper just completed its ninth and latest flight on the Red Planet recently, and it tested out a few new tricks while doing it, reports Space.com. It stayed airborne for almost three minutes and was flying as fast as 16 feet per second, according to this tweet by the NASA JPL Twitter account:

#MarsHelicopter pushes its Red Planet limits. 🚁
The rotorcraft completed its 9th and most challenging flight yet, flying for 166.4 seconds at a speed of 5 m/s. Take a look at this shot of Ingenuity’s shadow captured with its navigation camera. https://t.co/TNCdXWcKWE pic.twitter.com/zUIbrr7Qw9

Among the other tricks that Ingenuity also tried is taking a very dangerous shortcut over rocky terrain, which is considered too perilous for its sister machine, the Perseverance rover. According to chief pilot Håvard Grip and chief engineer Bob Balaram, Ingenuity was instructed to fly over dunes as high as 2,050 feet, writes Gizmodo.

NASA considers this flight the most dangerous one since the first, because Ingenuity had to use its on-board navigation system to deal with the uneven terrain, which is actually developed to deal with flatter ground, according to a report by CNET. The flying team remarked that the little Mars copter had to maneuver over high slopes, which made them concerned that it might land in a very dangerous area.

Eventually, the aircraft managed to set new record highs in airspeed, altitude, and flight time after completing its ninth flight.

Ingenuity: The Little Mars Chopper That Could

For the uninitiated, flying over the surface of Mars doesn't seem complicated, right? All Ingenuity needs to do is power up its rotors and perform its mission. However, it's a lot trickier than that. With that, its first few flights have been wracked by so much uncertainty and technical issues that almost took the aircraft out of commission. 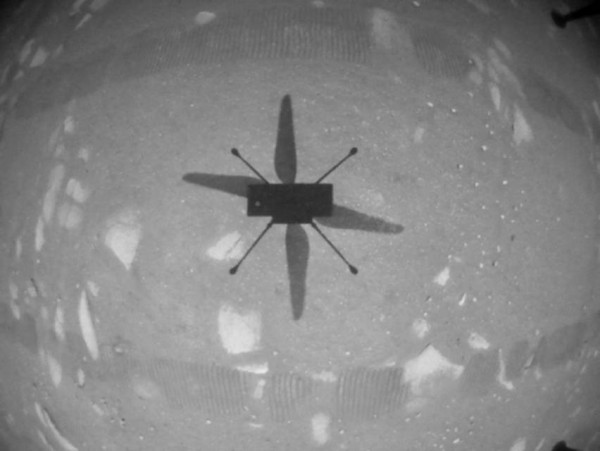 (Photo : NASA/JPL-Caltech via Getty Images)
MARS - APRIL 19: In this NASA/JPL-Caltech handout image, NASA’s Ingenuity Mars Helicopter took this shot while hovering over the Martian surface on April 19, 2021, during the first instance of powered, controlled flight on another planet.

Along with Perseverance, Ingenuity's mission on Mars is to look for possible traces of ancient life. But to do that, the helicopter must take into the Martian atmosphere, which is a lot thinner than Earth's. Compared to our planet has, the atmosphere on Mars is equivalent to less than 1 percent on Earth's. A helicopter's rotors would need to spin much faster on the Red Planet than it would here, which requires a lot of power. This is what makes Ingenuity's jaunt over 2,000-foot high dunes without crashing all the more impressive.

What's Next for Ingenuity?

After this ninth flight, NASA will be evaluating the aircraft's performance and use the data to develop further improved flight tech capable of flying in the Martian atmosphere. That's one of the foremost purposes of the Mars helicopter in the first place.

Should further flight tests prove to be successful enough (like its glitch-free seventh mission), Ingenuity will pave the way for NASA to explore the further reaches of the Red Planet in incredible detail. For now, however, their plans for the foreseeable future include taking a shortcut through a "scientifically interesting" region called Séítah, which is challenging terrain for a wheeled vehicle like Perseverance. The small helicopter will take photos of the surface below as it flies to plain south of Séítah.