Elon Musk tweeted Tesla's Full Self Driving (FSD) Beta 9 release date and time, which has been long-awaited by its users. 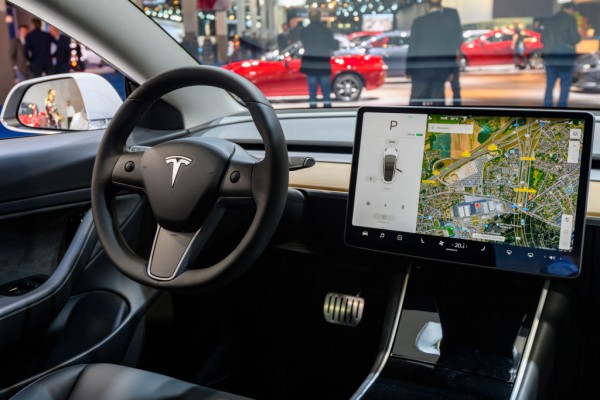 The next update for Tesla's Full Self Driving is officially coming!

It is important to note that the last beta release for the Full Self Driving features has already spanned months. TechAU said that the official update experienced constant delays, making it a dose of laughter for some as memes about it started sprouting like mushrooms.

Fans of the electric vehicle anticipated the Beta 9 even more as the Tesla CEO teased that it will immensely improve the current Full Self Driving feature.

The current version already allows automated driving in roundabouts and while turning left or right. So, going beyond this is definitely something to look forward to.

Additionally, users look forward to receiving the "button" that will serve as the gateway to sign up for the beta program of Tesla. Upon enabling it, owners will get to experience the latest FSD Beta 9.

The official release date of the FSD Beta 9 was unveiled on Twitter as the Tesla boss responded to a group of owners of the electric vehicle.

The Twitter account named the Tesla Owners Silicon Valley wrote that they are excited for what is yet to come to the FSD feature. Musk then responded by saying that the Beta 9 is releasing on Friday, July 9, at exactly midnight in California time.

Beta 9 will start uploading at midnight California time on Friday. Bear in mind, it is still just a beta!

The Tesla boss hinted earlier that the "Beta V9" is happening by the end of the current week. Another Twitter user who goes by the name Whole Mars Catalog clarified what Musk means: "THIS WEEK?!? Or next week. The CEO swiftly responds to say "Saturday."

Nevertheless, we now have the exact date and time for the actual release.

Tesla's Full Self Driving Beta 9: What to Expect?

Now that we are certain about the release of the FSD Beta update, here's what you should expect from it.

As per Teslarati, Musk said that the update will welcome an FSD screen improvement, which shares the "mind" of the electric vehicle. However, it is still unclear what that actually means, but it could prompt a dramatic improvement for the overall visuals of the interface. To add, the users might get a glimpse of what the car sees as it self-drives.

Furthermore, the latest update is getting the fix for cornering and bad weather obstacles. The Beta 9 also debuts the dependence of the feature to "pure vision," sans the radar.

How well the FSD beta 9 goes further raises the actual potential of releasing the FSD to general users before 2021 comes to an end, TechAU noted in the same report.

So, the success of the latest update is likely to affect the release to non-beta users in the coming months.

Related Article: Elon Musk Tweets About Shiba Inu - How Will This Affect the Meme Coin?