‘The Legend of Zelda: Breath of the Wild’ Hacked Saved Files Sell in Japan; Hacker Arrested

"Legend of Zelda: Breath of the Wild" hacker was arrested by Japanese authorities for selling the save files of the game. 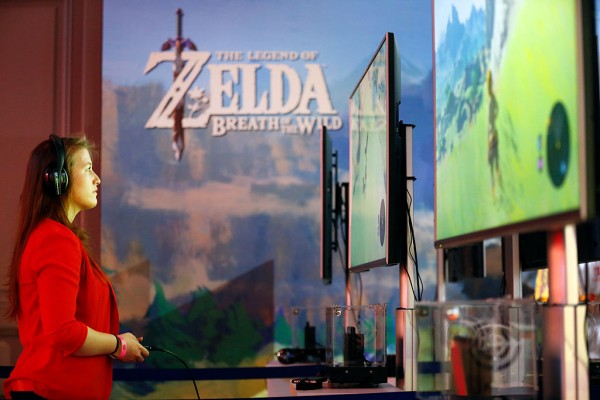 (Photo : by Chesnot/Getty Images)
PARIS, FRANCE - JANUARY 13: A visitor plays "The Legend of Zelda, Breath of the Wild" video game on a Nintendo Switch games console during the new console's unveiling by Nintendo Co on January 13, 2017 in Paris, France. This next-generation game console, billed as a combination of a home device experience and a portable entertainment system, will be available for $ 299.99 in the US from March.

According to PCMag, the Japanese police arrested the 27-year-old man behind the business of selling the modded version of "The Legend of Zelda: Breath of the Wild."

Authorities in Japan have been instigating a crackdown on illegal hacking activities by arresting the people working to collect profit from stolen files.

That said, Dexerto reported that it is not the first Nintendo title that faced the same fate. In February, another hacker was taken into custody in Japan after being caught for selling a likewise hacked "Pokemon Sword and Shield."

The criminal mind has brought home a whopping $10,000 by putting a Shiny Sobble for sale to another fan of one of the most sought-after franchises in history.

The Legend of Zelda: Breath of the Wild' Hacker Arrested

Meanwhile, "The Legend of Zelda" hacked save files were sold for a steeper price than the "Pokemon" auction.

The Nigata Prefecture local police claimed that the hacker taken into custody has profited about $91,000 from selling the hacked files alone.

It is to note that the scheme of the "Zelda" fan began way back in 2019, wherein he sold files to the tune of $32 per buyer.

If that is the case, it took time before the authorities have learned about the black market activities of the hacker since they said that they only learned about it in July.

The police took the Tokyo resident named Ichimin Sho to jail on July 8. The suspect allegedly sold the save file that he auctioned on the internet in April.

'The Legend of Zelda: Breath of the Wild' Hacked Save Files

The hacked game launched the same time that the Nintendo Switch debuted back in March 2017.

As such, "The Legend of Zelda: Breath of Wild 2" is teased to be released alongside the rumored Nintendo Switch Pro as well.

During the release in 2017, the game focused on the durability of the equipment and play choice. Plus, the open-world setting also welcomed opportunities to jump from numerous systems.

That said, the updated features of the game have also attracted criminal minds to hack it, thus the recent incident.

The modded files of the game were marketed to fans as the "ultimate save data." Additionally, the players of the game could also ask the hacker to customize the files depending on their gaming preference.

Elsewhere, "The Legend of Zelda" rare vintage cartridge has been sold at a record-breaking price tag of $870,000.

ⓒ 2021 TECHTIMES.com All rights reserved. Do not reproduce without permission.
Tags: The Legend of Zelda Breath Of The Wild Hacked Saved Files Sell Japan hacker Arrested
Most Popular