United Airlines has announced that the company will be buying 100 electric planes from Swedish manufacturer it is investing in.

In an announcement posted on its official website, United Airlines announced the investment in Heart Aerospace, which has been made along with Breakthrough Energy Ventures and Mesa Airlines.

"With this new agreement, United is deepening its bold commitment to reduce its greenhouse gas emissions 100% by 2050 without relying on traditional carbon offsets," the announcement reads.

The purchase is subject to it "meeting the carrier's safety, business, and operating requirements," per a report by Digital Trends.

United Airlines is set to buy 100 of Heart Aerospace's ES-19 electric planes. In the United announcement, the ES-19 is described as a "a 19-seat electric aircraft that has the potential to fly customers up to 250 miles."

The electric plane Heart Aerospace is manufacturing makes use of electric motors and batteries instead of jet engines and jet fuel. It can accommodate up to 19 passengers, making it larger than other electric planes that will be available in the market.

Once the ES-19 is operational and has met the requirements United will set, the company plans for it to operate on United Airlines' regional routes.

Related Article: Is An Electric Jet The Future Of Flying? Elon Musk 'Quite Tempted' To Build His Next Big Thing

United Airlines' planned purchase of electric planes is in line with the company's plans to completely reduce its greenhouse gas emissions by 2050.

Hear Aerospace's ES-19 will give passengers "the convenience of flight without contributing to carbon emissions that cause climate change," according to the company announcement.

In 2015, United Airlines announced it was going to power its planes with dung fuel, which was made from animal feces and fats, in an effort by the airline company to be more environment-friendly.

Other Electric Planes in Development 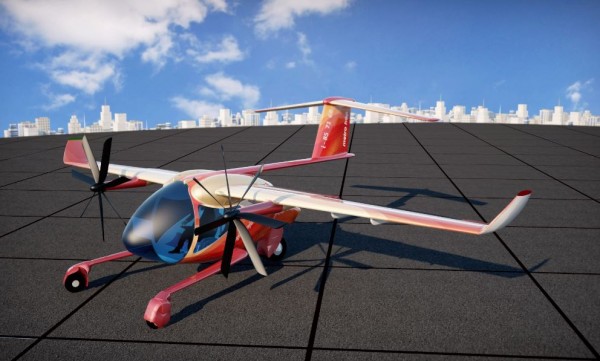 (Photo : Screenshot from Twitter post of @metro_hop)
A New Electric Plane Receives A Very Peculiar Feature! It Can Take Off From A 25 Meter Runway!

Just like cars, electric seems to be the future for planes as well. Heart Aerospace's ES-19 electric aircraft joins the list of electric planes in development.

Early this year, the National Aeronautics and Space Administration (NASA) announced that it is developing its own electric planes. NASA hopes to introduce the electric planes by 2035.

Also Read: Metro Hop's New Electric Plane Can Take Off from Very Short Runway! It Only Needs 25 Meters to Get Airborne

Is An Electric Jet The Future Of Flying? Elon Musk ‘Quite Tempted’ To Build His Next Big Thing

Metro Hop's New Electric Plane Can Take Off from Very Short Runway! It Only Needs 25 Meters to Get Airborne