Valve has announced that it will be replacing Steam's Big Picture Mode with the UI for the Steam Deck, and it looks like fans are liking the idea.

The information comes from the Steam Big Picture community forum, where an anonymous employee going by the handle @_autinp_valve apparently "confirmed" the news, writes GameRant. It was a response to a user asking whether Valve would be converting the OS for Steam Deck to Big Picture.

It's worth noting that Valve originally designed Steam Big Picture to be used on big-screen HDTVs when it was released back in 2012. However, most Steam users never really went crazy for it, which could be one of the main reasons that Steam Deck's UI will be used instead.

If all goes well, then the new UI will function much like the interface of a current-gen console like that of the PS5 or Xbox Series X/S. That is, it will allow users to quick-resume games they paused, monitor friend activity, and get in-store and in-library recommendations about what's new,  Engadget wrote.

Considering how the handheld console is technically a PC in its own right (it is confirmed that you can connect the Steam Deck to a monitor and use it as a desktop), perhaps Valve is right to go for this change.

In other news, the new Valve handheld is actually capable enough of handling any Steam game, according to analysts.

When Valve announced their new handheld gaming console, they made a very bold claim: it can run any game currently available on Steam. And when they revealed the specs of the console, a lot of people actually got excited, though understandably still wary.

You see, the Steam marketplace hosts several of the current and last generation's most graphically demanding titles. But if the analysis made by Tom's Hardware is to be believed, Valve wasn't bluffing. Steam Deck's 8-core RDNA2 GPU can be expected to handle literally any Steam game at 720p 30 FPS. That is not an excellent performance by modern full-size console and gaming PC standards but is more than enough considering its small 1280x800 screen.

Valve Could Be Striking Gold With the Steam Deck

If all goes well with the release of their newest handheld, Valve could very well be on their way to striking gold. 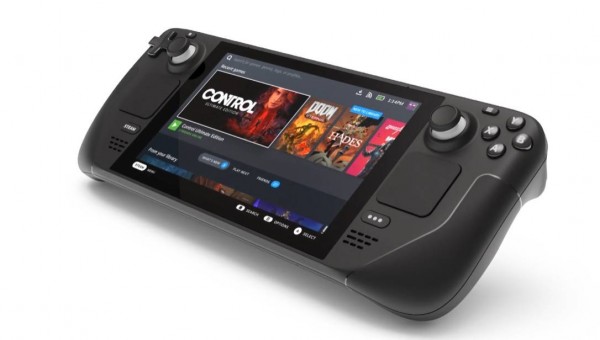 Compared to the closest possible competition, the Steam Deck packs way more hardware horsepower than anything else on the market. Its biggest rival could very well be the Nintendo Switch. However, analysts are saying that the Steam Deck has the potential to take the bestselling crown away from Nintendo.

For one, reservations for the new Valve console are already sold out without it actually being released yet. Demand is just so high, even if it's not scheduled to ship out until late this year or early next year. Furthermore, Valve says that they're doing everything they can to fully eliminate controller drift, which has plagued the Switch for years.

Related: Valve Steam Deck vs Nintendo Switch OLED: From Price to Specs, Which Would You Choose?

Steam Deck Is Poised To Take Over the Nintendo Switch's Top Spot, According to Analysts