"Overwatch" is offering new content as part of its Summer Games 2021 event.

The event, which is scheduled to go until Aug. 10, is offering a slew of bug fixes, new content, and most especially exclusive character skins, writes Player.One. Characters such as Symmetra, Ashe, and Mei headline the roster of those who get new skins. At least they're not as bad as Soldier 76's Grillmaster:

As for bug fixes, here is a detailed breakdown:

Moving on to the hero skins, perhaps the one that stirred up the most attention was Symmetra's mermaid skin, as well as Ashe's, who now looks like she's ready to have some much-needed RnR on the beach while B.O.B. watches over her. Of course, everybody's "favorite" damage-dealer Mei also gets a makeover, which makes her look like a server at a 50s-style diner.

Aside from the skins and bug fixes, the "Overwatch" Summer Games 2021 update also offers new sprays, icons, voice lines, victory poses, and emotes, writes CGMagOnline. These rewards are pretty much in line with how Blizzard Entertainment has structured the event in the past unless there are way more drastic changes that weren't talked about at length.

There hasn't been much positivity surrounding "Overwatch" and Blizzard Entertainment lately, which is why the Summer Games 2021 update is more or less a much-needed injection of positive vibes. 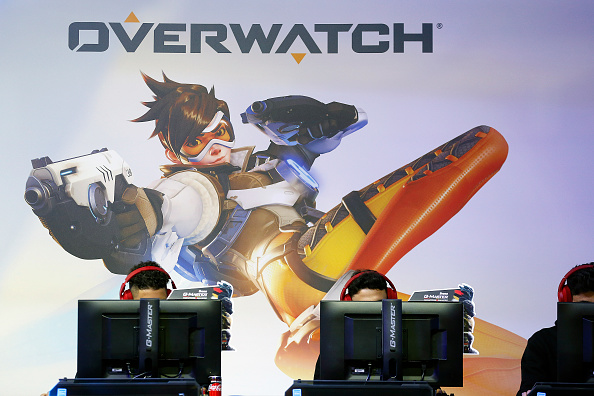 First off, the long-in-the-works sequel "Overwatch 2" has been reportedly experiencing development issues on the Nintendo Switch. It could be the handheld hardware that's giving the dev team big problems, considering that they need to make the game run its absolute best there due to it being a competitive shooter.

Secondly (and the most recent), there's the issue involving the cross-play mechanic that Blizzard Entertainment introduced last June. Players on all supported platforms (PC, PS4, Xbox One, Nintendo Switch0 in different regions have reported problems, especially during its beta release. But so far, the cross-play support seems to be working as intended, barring a few additional minor issues.

Related: Overwatch League is Under Investigation from the Justice Department: Reports