"How did these people become Memes?" is the question which pops up online most of the time, as the public wonders why there are people that go popular, despite being used as subjects of comedy. Some popular real-life memes are "Hide the Pain Harold" from Hungary, Disaster Girl, Gavin, Nick Young, and others.

These people's faces are not the humor, per se, rather, their reactions that make it so relatable to people and this is where jokes come in. These real-life people have lives, and some of them have already gone on to the next life, including that of the Spanish Laughing Guy meme, earlier this year.

How Did These People Become Memes? 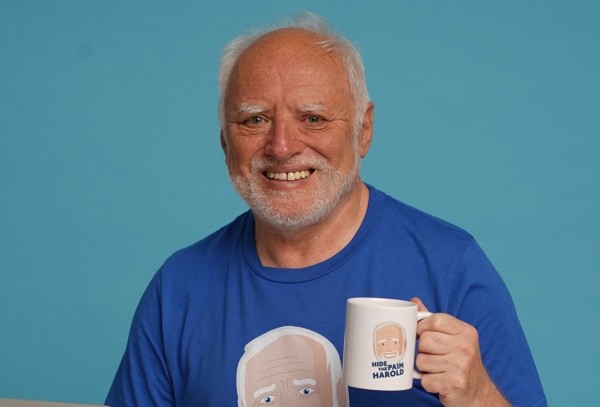 Memes like Sad Affleck which popularized in the mainstream media need no introduction as they are stars of their right.

However, not everyone on this list is has chosen the life of stardom and popularity, and some are only taken photos as seen on Stock or Google, as they are mostly models or previously viral images.

Read Also: Disaster Girl Meme NFT Sells for Around $500K Falling Short of $105K In Comparison to the Nyan Cat

"Hide the Pain Harold" is András Arató in real life, and he is a retired electrical engineer from Hungary.

According to BuzzFeed, before Arató was a meme, he lived a quiet life in a European country and worked his whole life. In his senior age, he was approached to model as a stock image to be used and sold for different uses for the company called "Shutterstock."

This is what launched his popularity among social media, as stock photos of him were used in the context of "hiding the pain" despite the drastic situation of the joke he is "experiencing." Arató was not used to being called a meme before until he eventually accepted that and is now a personality in Hungary.

Disaster Girl's photo was taken 16 years ago, in 2005, when a house on fire was being extinguished, and she is seen giving a mischievous smirk. The meme was used in contexts for disasters on relationships among other things.

Real-life "Disaster Girl" is now 21-year-old Zoe Röth, who is also finishing off her tertiary education and has recently sold her meme to pay for her student loans, and donating some to charity. She now lives a quiet life in the US, continuing her college education.

"Gavin" is one of the most recognizable meme personalities here, as he is the kid that has various reactions stemming from when "Vine" was alive and popular. He is known for his wild reactions that capture what people want to express but cannot.

Some of the memes are screenshots of his old Vine account, and they have been used in a lot of contexts, ranging from relationships, games, sports, politics, and others. As a popular meme, he has fans including the popular singer and songwriter, Billie Eilish.

Gavin Thomas, in real life, remains a personality and the young influencer has a verified Twitter, TikTok, and Instagram accounts.

Last but not the least, another iconic meme is a popular personality and NBA Shooting Guard for the Los Angeles Lakers, Nick Young. The Lakers player, also known as "Swaggy P," rose to prominence as a meme with his reaction GIF showing confusion, as the camera focuses on him.

The House of Highlights invited Young to an interview, where he was shown his priceless meme. Here, the NBA player said that his reaction there was unscripted, and was a purely confused face that he has.

Young still plays for the Lakers, alongside the King, LeBron James.