Elon Musk raised the possibility of Tesla Cybertruck's price hike, racking up to a million dollars due to the production problems the EV company is currently grappling with. 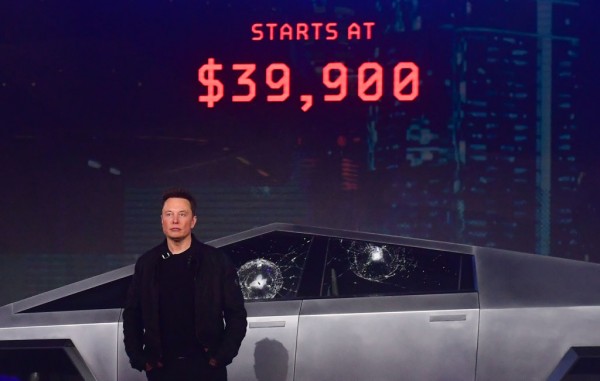 Despite the hype that came upon the launch of the obscure trapezoid-shaped Cybertruck, fans of the vehicle have yet to see it in mass production.

It is to note that the manufacturing of the heavy electric vehicles of Tesla, such as the Cybertruck and the Semi Truck, has already been delayed due to the supply chain issues, alongside the battery cells stock problem.

Musk has already confirmed that the latter is delayed until 2022.

As per Fox News, the Tesla exec revealed that the vehicles are also experiencing challenges in engineering, aside from the parts supply problem.

He further noted that fans of the company will not be seeing the Cybertruck until the production of the Model Y starts running at the Texax facilities of the EV titan, which will produce both the pickup and the mid-size SUV.

Moreover, Tesla found it challenging to produce the next-generation high capacity 4680 battery tech that the carmaker plans to stuff in the Model Y, Cybertruck, and the Semi.

While the mid-size SUV could go the route of using similar batteries used in China and California, the power-hogging pickup and the truck could not use that instead.

Nevertheless, the Tesla boss revealed that there is another route to make the Cybertruck readily available despite the current production hurdles, which he floated during the second quarter of the 2021 earnings call of the EV maker.

Interesting Engineering reported that if Tesla fails to be able to bring the Cybertruck into large-scale production, the cost could likely balloon from its initial $36,000 price.

Musk went on to reveal that his company could instead go on to produce the electric truck in smaller batches. However, the billionaire claimed that the cost is "insane," adding that "they would literally cost a million dollars piece or more."

According to Electrek, the Tesla CEO was asked twice about the Cybertruck production during the earnings call, but he did not confirm if the promise to begin manufacturing by the end of 2021 will be held off.

Musk answered the query regarding the Cybertruck production this year by saying that the electric pick-up is the best product of his company. However, it is the most difficult as well.

It is also to note that the production status of the Cybertruck is "in development" compared to the "construction" level of the Model Y. The pickup was joined in that status by the Tesla Semi, Roadster, and a "Future Product."

Previously, on July 16, Elon Musk already admitted that the Tesla Cybertruck is likely to be a complete failure, but he said that it does not bother him, and what is important is that he loves the design of the upcoming pickup.