Google is removing sugar daddy dating apps from the Play Store as part of its policy updates in September. 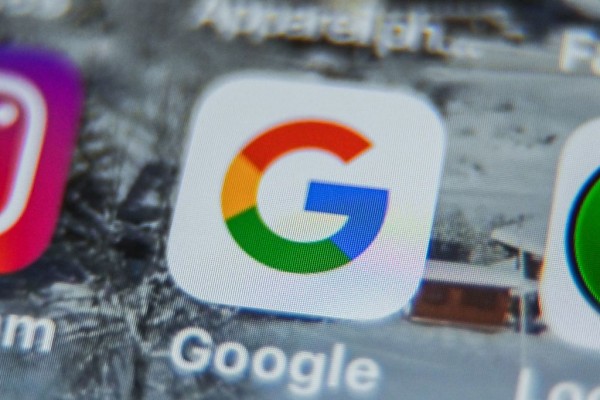 (Photo : DENIS CHARLET/AFP via Getty Images)
A picture taken on August 28, 2019 shows the US multinational technology and Internet-related services company Google logo application Amazon displayed on a tablet in Lille.

The tech giant has been updating its policies and guidelines every now and then. As such, Google previously removed apps that carry misleading names and graphics from the Play Store. This time around, the changes in the search engine giant will commence in multiple phases in September.

The first policy update will be concerning inappropriate content, which begins on the first day of the month.

Meanwhile, on September 15, changes involving the financial services will undergo an update.

The tech titan announced that it will be specifically banning sugar daddy dating apps on their app marketplace. However, it is to note that other mainstream online dating platforms will remain available on the Google Play Store.

Google said that it is applying "new restrictions on sexual content" as part of its Inappropriate Content policy. And to be precise, the latest inclusions involve "specifically prohibiting compensated sexual relationships," which the tech titan went on to include "sugar dating" as an example.

Meanwhile, Phone Arena reported that Google is known to be against app listings that exhibit sexual content, especially on the Play Store. As such, the tech giant went on to exclude sugar dating apps from the marketplace.

As per Yahoo, the sugar daddy and sugar baby relationship has been on the rise, serving as an opportunity for young women, and even students, to earn some extra cash, get a regular allowance, or fancy gifts and meals.

In some cases, other sugar daddies are generous enough to provide luxury goods and sumptuous meals, on top of the handsome bulk of money.

According to Android Police, the term "sugar daddy" is used to identify a person, which is older in most cases, who provides compensation as part of a sexual relationship arrangement between the sugar baby.

However, it is worth noting that it is not necessarily a man. It could also be a woman, who is called a sugar mommy.

The tech giant will be defining the actual cost of a loan. Also, personal loan apps in the Play Store will be required to be tagged under the Finance category of Google's marketplace.

Separately, for India and Indonesia, Google will be releasing new guidelines and requirements for all the personal loan apps on the platform.

Android Police said in the same report that Google has yet to further explain the logic behind removing sugar dating apps while leaving other dating platforms alone.

Elsewhere, here are the 25 Google Play Store apps that fooled rookie investors to pay a fee to mine crypto on their smartphones.