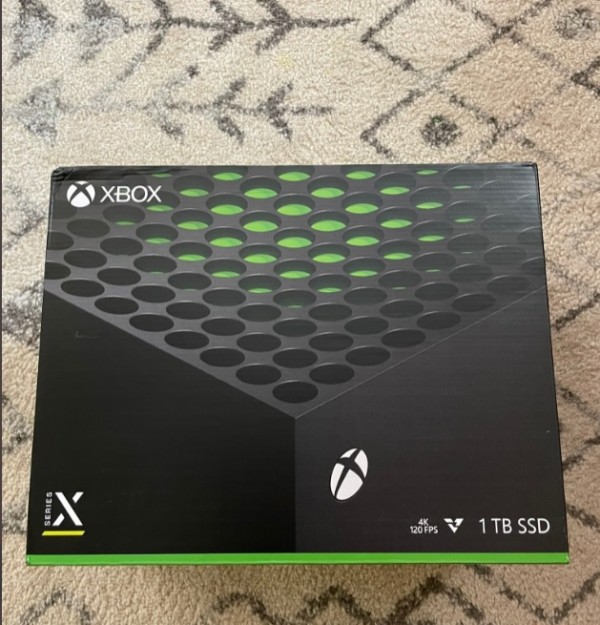 (Photo : Aaron Medina via screenshot from Twitter )
Xbox Series X restocks in the UK could drop soon in selected stores. Where can you spot the next supplies this week?

The most common issue that the console sellers encounter is the problem in the supply chain. This has been linked to the reason why some online buyers could not purchase the next-gen gaming console.

In the UK, the retailers are much easier to access compared to their US counterparts.

However, those customers who want to obtain Xbox should always be alert and ahead of potential restocks since in less than five minutes, some stocks from notable stores could quickly sell out.

Here are the possible stores that might open for the next Xbox Series X restock:

Among the biggest UK retailers of Xbox Series X, Very has been found out to be on the verge of dropping Microsoft's console at the moment. In the next few minutes or hours, the shop could possibly drop the next-gen Xbox.

Another shop in the country that will likely release stocks soon is Smyths Toys.

The most recent stock in this shop happened in Ireland, but now they are already sold out.

For those who reside in Ireland, you can purchase it for €499.99. The UK residents, however, will not be able to order from the Ireland branch since the deliveries will not be permitted to operate there.

We could expect that Smyths Toys will replenish its Xbox Series X inventory for UK-based buyers soon.

Since we already mentioned Smyth Toys and Very, Currys could possibly land some restocks this week or in the next few weeks.

Over the weekend, the Independent spotted a product listing for Xbox Series X on its website. It became more suspicious when the store replaced its "sorry this time is out of stock" notice to "email me when back in stock."

If you are hunting PS5 and Xbox Series X restocks at the same time, Asda could be the next shop on the list that could surprise you with a potential restock.

A while ago, the retailer released some stocks for the PS5, but it only lasted for some time. We assume that Asda's chance of dropping Xbox Series X is small.

Read Also: Xbox Series X Restock: Where to Find the Next Console Supply this May 17

Currently, John Lewis remains silent about the potential Xbox Series X restock. Usually, the retailer notifies the users ahead of console drops at around 7 AM.

For now, the shop might announce the stocks in the next few weeks but not this week.

On Tuesday, Aug.3, GAME accidentally revealed restocks for the Microsoft console. Somehow, this gave us a hint that this store will surely open stocks soon.

Three days ago, the UK residents were alerted about the possible PS5 restocks that would start on Aug.2.

In June, Xbox Series X restocks in the US are finally ending. The long-time drought has been slowed down. The gradual recovery of the chip makers amid the global semiconductor shortage could be the possible reason why it is happening.