The origin of the asteroid that led to the extinction of dinosaurs may have been discovered by scientists using a computer model.

The study on the origin of the dinosaur-killing asteroid has been published in the November 2021 issue of the journal Icarus.

Origin of the Asteroid That Killed Dinosaurs 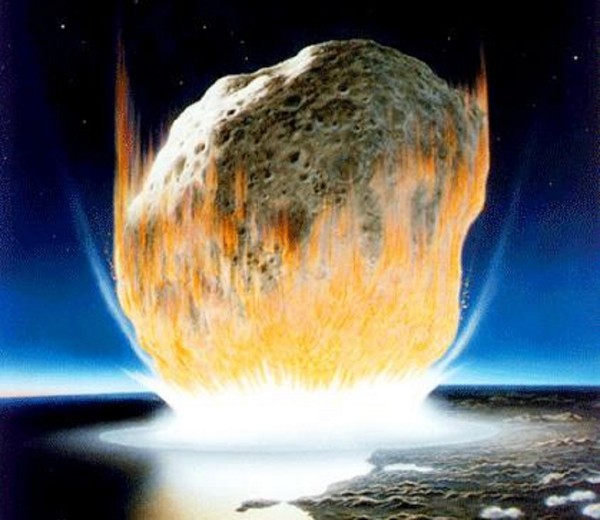 (Photo : NASA/Don Davis)
The Chicxulub asteroid impact triggered tsunamis, set off wildfires, and blasted large amounts of sulfur into the atmosphere. The explosion it caused had the force of 10 billion atomic bombs.

The origin of the asteroid that led to dinosaur extinction may have been discovered by researchers. According to Live Science, the study published by the researchers claim that the dark primitive asteroid came from "the outer reaches of the solar system's main asteroid belt, situated between Mars and Jupiter."

Dark asteroids have been defined as those with chemical makeups that make them look darker than other asteroids.

Scientists have used clues from the Chicxulub crater, the impact site in the Yucatan Peninsula in Mexico where the asteroid hit, to try and find out more about the dinosaur-killing asteroid. Results of an analysis done of the crater have shown that the object that hit Earth had a high ratio of carbon.

Scientists Use Computer Model in Study

According to the article of Live Science citing the research, "On average, an asteroid more than 6 miles wide from the outer edge of the belt was flung into a collision course with Earth once every 250 million years."

The calculation is consistent with the accepted date of dinosaur extinction, which is 66 million years ago.

The computer model used by the researchers also looked into how frequent dark asteroids manage to escape the main asteroid belt in comparison to other types of asteroids. Researchers found out that "half of the expelled asteroids were the dark carbonaceous chondrites, which matches the type thought to have caused Chicxulub crater."

One of the most well-known theories of dinosaur extinction is known as the Alvarez hypothesis, which was proposed by and named after Luis Alvarez and his son, Walter.

The father-and-son duo proposed in 1980 that a meteor had hit the planet 66 million years ago. Their main piece of evidence, according to National Geographic, is the high amount of iridium in the rock layers where dinosaur fossils have been found. Iridium is not a common metal found in the Earth's crust. However, it is commonly found in meteorites.

That evidence led to the two scientists proposing that an extraterrestrial object has caused the extinction of dinosaurs.

How the Asteroid Wiped Out the Dinosaurs

Whatever was on the location where the asteroid hit died on impact. The impact of the asteroid then led to events that caused the death of non-avian dinosaurs as well as other animals that existed 66 million years ago.

According to the National History Museum in the UK, the asteroid hit at a high velocity, which caused the Chicxulub crater, which was then followed by a blast wave and a heatwave that sent a lot of material up into the air.

While the soot did not completely block out the sun, it did reduce the amount of sunlight that got past. That set off a domino effect that affected the food chain and, eventually, the ecosystem.

According to National Geographic, "this mass extinction event claimed three quarters of life on Earth," including the dinosaurs.

Also Read: Here's What Could Have Happened If Dinosaur-Killing Asteroid Hit Earth Somewhere Else

How Long Did The Dinosaurs Last After Chicxulub Impact? 'Maybe Months'