Apple appealed its Corellium copyright lawsuit verdict after the judge of the case dismissed the claims of the Cupertino giant last December 2020. 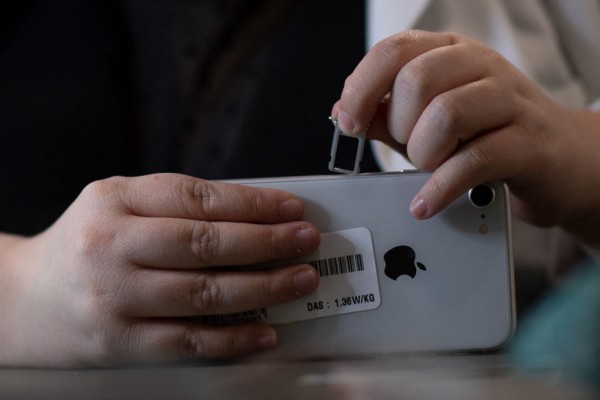 (Photo : by LOIC VENANCE/AFP via Getty Images)
An employee works on smartphones reconditioning, mainly Iphones, at the Largo company headquarters which is a Back Market refurbishing company subcontractor, in Sainte-Luce-sur-Loire, outside Nantes, on January 26, 2021.

It is worth noting that the recent legal move by Apple is on top of the recent confidential settlement between the two parties.

However, the terms about the said agreement between the iPhone maker and the security firm, Corellium, have yet to be unveiled as both firms kept mum about the private negotiations that the Washington Post reported.

As per Reuters, Apple appealed its copyright lawsuit against Corellium, the company that seeks to help security researchers further study programs that the iPhone maker is releasing to its users--one of which is the new child abuse scanning feature.

In hindsight, the federal court decision last year was not in favor of Apple's claims against the security startup, saying that Corellium violated the copyright law after creating virtual copies of iPhones.

The judge of the case further concluded that Corellium's move to produce virtual iPhones follows the fair use terms.

For those who may not know yet, the security company allows virtually anyone to access a digitized version of the Apple smartphone via a PC to further examine the software, uncovering flaws and loopholes.

On the other hand, the Cupertino giant suggested that such a move also gives hackers an advantage to infiltrate its system.

To be precise, Apple claimed that Corellium has violated the Digital Millennium Copyright after the latter allegedly copied iOS and its apps on iPhone and iPad.

On Tuesday, Aug. 17, Apple appealed the copyright lawsuit decision last year, on top of the recent settlement that Apple and Corellium reportedly made in private last August 10.

Apple and Corellium specifically settled the federal copyright lawsuit that should have gone on trial last August 16. Nevertheless, it is to note that the security firm continues to sell the virtual iPhones even after the settlement.

Some security experts said that the move of Apple to appeal the court decision comes off as surprising as the two parties have already forged an agreement.

Coincidentally, on the same day that Apple appealed the court verdict, Corellium announced its "Open Security Initiative," which initially focuses on the child sexual abuse materials or CSAM system of Apple, according to MacRumors.

The first order of business invites security researchers to provide "any security and privacy claims" on the CSAM tool of Apple, with a prize of up to $5,000.

That said, there is a possibility that the newest initiative of Corellium correlates with the latest legal move of the Cupertino giant.