Digital Vaccination Proof Now Being Considered by Google, Samsung, and Apple But Could Spark Security Concerns 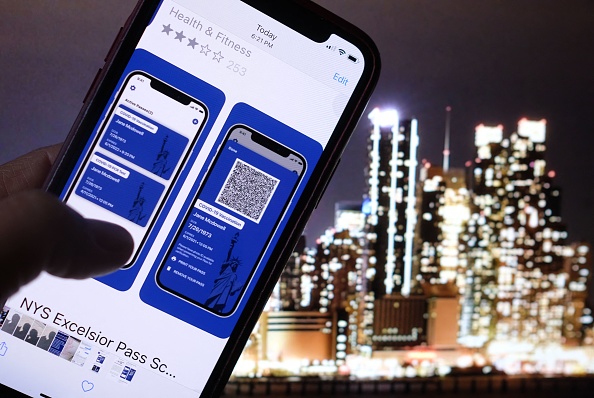 This could be helpful right now, especially since the global COVID-19 pandemic is still ravaging some countries across the globe. Now, Google, Apple, and Samsung want to create a technology that would allow people to store their vaccination proof in their smartphones' digital wallets.

The three giant tech firms announced their plan as the new Delta coronavirus variant quickly spreads across the United States. Because of the rising daily cases in the country, various places are requiring visitors to show documentary proof that they already received vaccine jabs.

These include bars, gums, and restaurants. Google, Samsung, and Apple confirmed that they would offer a feature that allows users to rely on QR codes, which can be used to scan their vaccination status. Although this seems to be a great innovation, some cybersecurity experts claimed it could lead to privacy concerns. 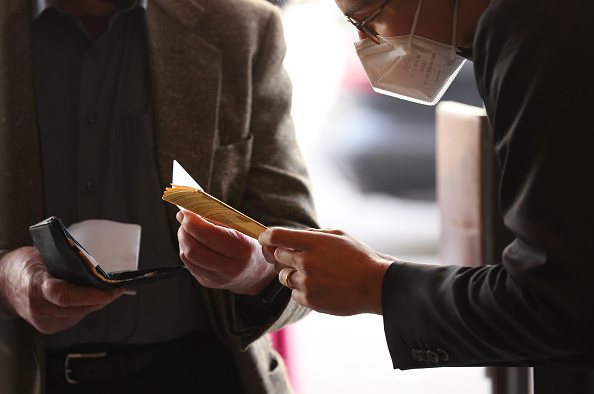 (Photo : Photo by Sean Gallup/Getty Images)
An employee of Deutsche Oper Berlin checks the vaccination certificate of a guest arriving for the premiere performance of "Das Rheingold" during the coronavirus pandemic on June 12, 2021 in Berlin, Germany. Today's is the first in-person performance since lockdown measures that went into effect in the fall of 2020.

Recently, a similar innovation was also criticized since rumors claimed it could leak important user data. CNBC reported that this technology is specifically New York's Excelsior Pass, allowing residents to store their vaccination proof in their smartphones.

On the other hand, Samsung confirmed that it plans to collaborate with Commons Project to create its own vaccine-proof application, specifically the CommonHealth app.

"Rather than having to pull up CommonHealth - which is a personal health records app, which isn't really designed for walking into a grocery store and showing a QR code - now you can store this in a much more convenient place," explained CommonHealth App's Chief Architect JP Pollak.

Aside from the new vaccine app, there are also new health-related technologies being developed to help people. These include the new "Pregnancy After Loss" app, as well as the latest Apple Watch Band Hydration Calculator.

Aside from Samsung's CommonHealth app, Google also confirmed that it could release a similar application, which would be available for all updated Android handsets.

On the other hand, Apple also announced that its upcoming iOS 15, which is expected to arrive this coming fall, would also offer the same feature. As of the moment, these two health innovations' launch schedules are still not confirmed yet.

Related Article: Moderna mRNA HIV Vaccine is Set for its Phase 1 Experimental Test, For those Without the Virus