The fastest-orbiting asteroid in the solar system was spotted to be heading to the sun. The planetary rock seen by the scientists as 2021 PH27 has been traveling around the star for 113 days.

Using the Dark Energy Camera (DEC), the experts were able to see its behavior while inching closer to the nearest star to Earth. 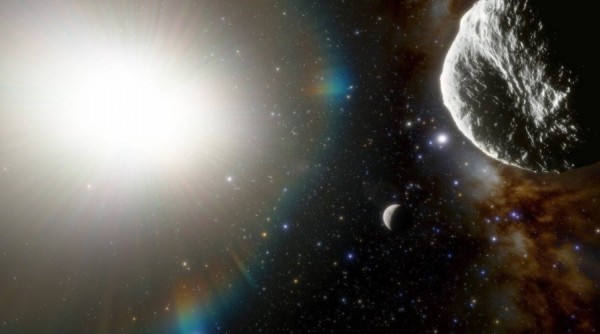 The new space rock was believed to be the fastest among all the celestial bodies in space. The astronomers have seen its activity while it flew to the sun for 12.4 million miles.

At the time of the discovery, the scientists calculated that the temperature of the asteroid could be around 500 degrees Celsius or 900 degrees Fahrenheit. This is because when it travels in the solar system, its surface becomes hotter than usual.

The team also observed a minuscule wobble in the orbiting asteroid in the solar system. It was during the time when it traveled in an elliptical orbit around the giant star.

According to the group that discovered it, the movement of the 2021 PH27 could potentially result in its collision with the sun or any other nearby planets, such as Venus and Mercury.

The collission is expected to happen after a million years.

Using a huge piece of equipment, the scientists were able to detect the fast-orbiting asteroid using the Dark Energy Camera, according to a report by Firstpost on Tuesday, Aug. 24. The instrument was attached to the telescope located in Chile's Cerro Tololo Inter-American Observatory.

Aside from the DEC, the astronomers also made use of Magellan Telescopes and other smaller instruments operating in other observatories during the discovery.

According to the team led by the Washington-based astronomer, Scott Sheppard, the size of the 2021 PH27 is nearly 1m in width. The astronomers also believed that the fast-orbiting asteroid came from a region between Jupiter and Mars, Space.com reported.

To make it clear, there is a possibility that the asteroid is once a comet that is moving across the solar system. When it traveled past a rocky planet, the formation of the asteroid started.

The scientists concluded that the orbital path of 2021 PH27 is tilted at 32 degrees.

For Sheppard's team, they need a few months to begin data sampling. According to the group members, the asteroid will not appear again next year since it is now approaching the back of the sun.

Asteroid hunting is a long-time activity that astronomers used to do to spot a foreign object in the solar system. NASA, for instance, has its own telescope intended for hunting asteroids.

The NEOWISE (Near-Earth Object Wide-field Infrared Survey Explorer) can help the space agency look at the planetary objects that are coming to Earth such as asteroids.

NASA said that the NEOWISE will proceed to spot the near-earth bodies until June 2023. Scientists are now able to see the hazards of asteroids.

Interestingly, you could also hunt asteroids using an app by NASA. In 2015, the space company said that the algorithm of the application originated from the Asteroid Data Hunter challenge.

The program is called the Asteroid Data Hunter program.