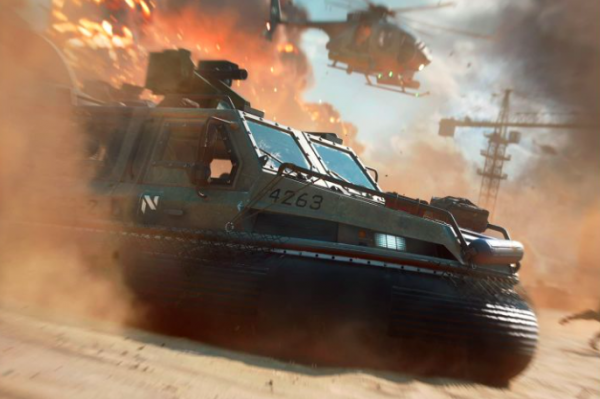 (Photo : from website of )
A free copy of the upcoming“Battlefield 2042” of EA Games awaits buyers of the Nvidia RTX 3000 or any PC or laptop powered by the graphics card.

NVIDIA announced that the GeForce RTX is the official graphic platform of the upcoming first-person shooter or FPS game, at least for the PC version.

As such, anyone who purchases any of the supported cards, as well as gaming devices sporting them, could get their free copy of the highly-anticipated FPS game.

On top of that, the free copy could also be a little bit better than other versions, at least as per the claims of NVIDIA.

The Head of Technology of EA Studios Europe, Seth Christie, echoed the claims of NVIDIA, touting that both the DLSS and Reflex technology allows the maximum performance, lowest latency, and the highest image quality on the "Battlefield 2042."

The EA exec further dubbed the upcoming FPS game as the "most technologically advanced Battlefield ever."

Nevertheless, buyers of the NVIDIA cards are getting a "Battlefield 2042 Standard Edition." As free copy comes earlier than the release of the highly-anticipated FPS title, the freebies include tons of exciting pre-order specials.

As such, it includes Early Access to the upcoming Beta, special player cards, in-game tag for online profiles, the Baku ACD-90 tactical knife, and other exclusive cosmetics.

According to PCGamesN, buyers of NVIDIA graphic cards around the world could participate in the free "Battlefield 2042" promo until Sept. 14.

However, it is worth noting that the freebie is only available when you purchase from participating retailers. So, you may need to double-check with your go-to PC shop to confirm if they are part of the promo.

Upon purchasing the list of supported graphics cards in a participating retailer, buyers will be given free code nets of the FPS game that could be used on Origin.

If ever you are not lucky enough to get your hands on the supported graphics cards, perhaps due to the ongoing chip shortage, you may preorder "Battlefield 2042" instead to the tune of $59.99.

Meanwhile, if some revelations during the "Battlefield 2042" Short Film are still unclear, check out this story.

Related Article: 'Battlefield 2042': Pay $100 for Gold Edition and Get the PS4 to PS5 Upgrade-Here's is its First Trailer