It is widely known that the tech industry is hit with chip shortage problems which have kept a lot of manufacturing efforts at the minimum, having increased the demand versus the supply. 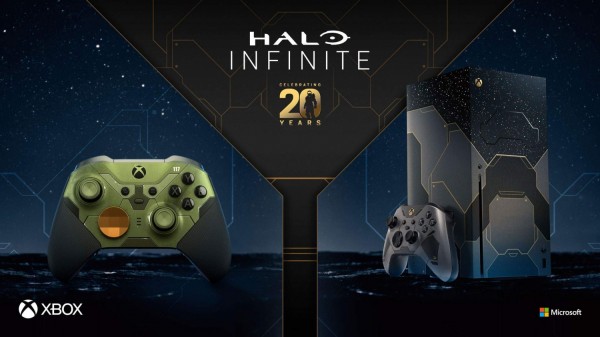 Microsoft has revealed that it is celebrating the 20th anniversary since the first release of "Halo" which has now spun into a massive franchise most beloved by Xbox and PC gamers. It is a known Xbox exclusive game, and it is one of the mainstays of the console line of Microsoft.

With this, the company has released the Xbox Series X Halo Infinite-themed console, with a revamped body with new decals that show the armor of the characters. Additionally, the Xbox controller would also have its new wraps, corresponding with Halo's design.

This has been apparent with most PlayStation consoles, but it is not yet with most Xbox consoles, as the company opts for its original designs. Microsoft only does these designs for special editions and popular games with which they have ties.

Where to Find Stocks

All of the releases of Microsoft earlier this Wednesday have all sold out and people are clamoring for the preorders which have been very limited to the public. It remains scarce and has sold out immediately in all direct websites and retail partners.

"Halo Infinite" is one of the most celebrated and awaited games for the Xbox Series X, and its adaptation as a console theme is a massive one for Xbox fans.

Walmart Status: Sold Out; Check back for updates known for constant restocking.

Best Buy Status: Sold Out / Out of Stock; Check back for updates, but no news of restocking for the limited-edition console with Halo design.

Target Status: Sold Out / Out of Stock; Check back for updates, no significant restocks after Wednesday drop, remains a limited release from Microsoft.

Microsoft Status: Sold Out / Out of Stock, check for updates as Microsoft is the main source, and would be the first to have it.

Related Article: PS5 and Xbox Series X are at Walmart, Here's How to Get Your Hands on Them