SpaceX Falcon 9 rocket test-fires, ending its two months of hiatus as it prepares to launch again for its cargo resupply mission on Aug.29. 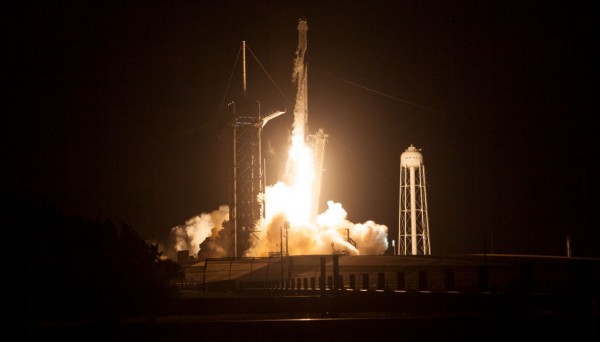 The last resupply mission in the ISS was two weeks ago. It was delivered via Northrop Grumman's Cygnus cargo spacecraft on Aug. 10.

It is to note that three space companies are involved in the cargo transport in the space station, namely SpaceX, Sierra Nevado, and Northrop Grumman.

And this time around, it is the turn of the space company of Elon Musk to transport goods to the space station.

As per SpaceFlightNow, the Falcon 9 rocket was raised from its launch pad located in the Kennedy Space Center of NASA, or the National Aeronautics and Space Administration, as it performed its engine test-firing.

Alongside the test, it also marks the last cargo loading of the Falcon 9 before it launches on Saturday to conduct its resupply mission in the International Space Station or shortly known as the ISS.

Teslarati noted that the static fire pre-flight test of the Falcon 9 on Aug. 25 is the first in nine weeks, or since June 22 to be exact.

Aside from that, the outlet also took note that the Cargo Dragon resupply mission on Aug. 29 also marks the first launch of SpaceX, at least since June 30.

What's more, the two-month drought remarkably is the longest in between two launches since SpaceX faces a pause that took three months long last two years ago.

Some are wondering why the Falcon 9 rocket faced a 60-day launch drought as SpaceX has remarkably achieved a total of 20 orbital launches just in the first half of 2021.

And to put an end to the queries, a SpaceX exec, Gwynne Shotwell, offered a partial and brief explanation of the hiatus.

First, Shotwell shared that the two-month drought was brought upon an endeavor that caused some delay to its next launch.

The SpaceX exec further said their team wanted to include a laser terminal on the next set Starlink mission. And by adding the new version of the terminal, SpaceX had to face some hiccups due to the chip shortage.

Consequently, the development of the laser terminal figured in some delays, which also affected the launch of the Falcon rocket. But now, the SpaceX rocket is ready to launch again and end its two-month drought.