An artificial intelligence (AI) chatbot named Tess has been helping college students with anxiety and depression, according to a study.

The study involved 75 participants split into three groups. Two of these groups were given access to the AI chatbot Tess. The researchers of the study saw that students using Tess exhibited a reduction in anxiety symptoms.

The third group in the study, which is known as the control group, exhibited an increase in anxiety as well as in the Patient Health Questionnaire-9 score at the end of the study. 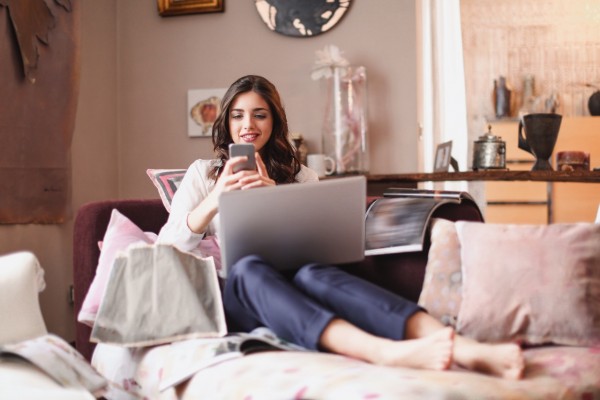 An AI chatbot named Tess has been helping college students who use it manage their anxiety and depression, according to a study. The study has been published in JMIR.

According to the researchers, as quoted in a report by MobiHealthNews, "This study offers evidence that AI can serve as a cost-effective and accessible therapeutic agent. Although not designed to appropriate the role of a trained therapist, integrative psychological AI emerges as a feasible option for delivering support."

How the Study was Conducted

The study involved a total of 75 participants who were then split up into three groups. The first group, the control group, was made up of participants who "had a higher mean PHQ-9 (Patient Health Questionnaire-9) score, which is used to assess depression, than their peers in the intervention groups," according to MobiHealthNews.

Based on the results of the study, both intervention groups had lowered their PHQ-9 score after using the AI chatbot Tess. The control group's PHQ-9 score increased in the same timeframe.

The Generalized Anxiety Disorder (GAD) score was also used in the research. At baseline, the control group had a higher GAD score, which saw a slight increase at the end of the study. The two intervention groups, on the other hand, exhibited a decrease in anxiety.

There has been an increase in the use of digital mental health tools and support as of late, especially as the whole world continues dealing with the ongoing COVID-19 pandemic. The AI chatbot Tess is just one of the many ways that AI has been used to deal with mental health issues.

In March, a Google-partnered AI tool called Riley was launched to help in crisis counselor training. Riley, which was launched by The Trevor Project, simulates a teen experiencing mental health issues.

AI is also being used to treat sleep disorders by increasing the efficacy rates of its treatments.

How AI Can Step Into The Treatment of Mental Disorders