NFT games have been increasing in numbers over the past months. The likes of "Axie Infinity" and "Crypto Kitties" are dominating the market at the moment.

Recently, the blockchain multiplayer online role-playing game (MMORPG) "MIR4" has received many negative feedbacks spotted by Valve on Steam. Although the critical reviews flooded the NFT game, it saw a 200% jump in the first 24 hours of going live. 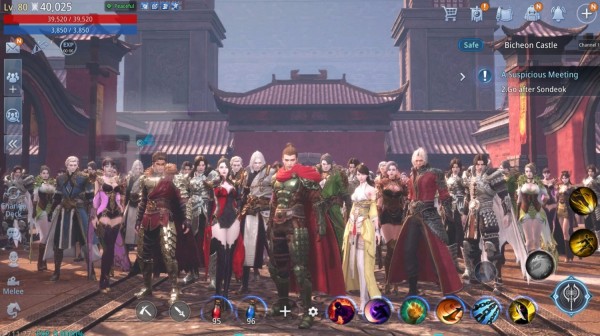 "MIR4'' has surprisingly surpassed the expectations of the players in its recent arrival to the gaming platform. According to PCGamesn, what drives the players to be hooked to the NFT game is the capability to earn through the crypto tokens in-game.

The players will have to keep grinding until they reach level 40 to start collecting Draco, the digital token of "MIR4." At that time, the value of the Dracos plunged to $2 from its former value of $6.25 in just two days.

Just like any NFT games like "Axie Infinity" and "Crypto Blades," the blockchain community will allow users to trade and sell non-fungible tokens soon through Draco. The feature will come in October.

Despite the critical reviews that the game received on mobile and Steam, "MIR4" leaped to the popularity game chart.

Some people said that the blockchain game would go on autopilot mode at some point. Others commented that "MIR4" was P2W (pay to win) even though it has been experiencing several issues on its server, NME reported.

On the other hand, some positive reviews for "MIR4" revolved around its cryptocurrency-earning feature that many wanted to happen. There was also feedback that mentioned "MIR4" as the best NFT game that he has played so far.

For those who have dealt with this game for the first time, "MIR4" is a blockchain game developed by WeMade Co Limited from South Korea. It was launched on Aug. 26.

Currently, "MIR4" only supports 12 languages in 170 countries around the world. According to its developer, the NFT MMORPG offered a lot of customization. It also allows the players to loot for free and form clans with friends and other people.

This game was technically not a new game for the fans. "MIR4" has been existing for more than 10 years following the closure of "The Legend of MIR3" in 2012, according to Business Insider.

NFT Games on the Rise

If you are still looking for more stuff about NFT games, you can check the upcoming NFT MMO games  including the following:

If you are an iOS user, you can check the top 10 NFT games in iOS, including "Axie Infinity'' and "Binemon." Alternatively, you can peruse the best Android NFT games such as "League of Kingdoms'' and "Splinterlands."