Google Assistant's "Hey Google" feature might be getting ditched for what is known as Quick Phrase, which likely coming to the AI virtual assistant of the search giant. 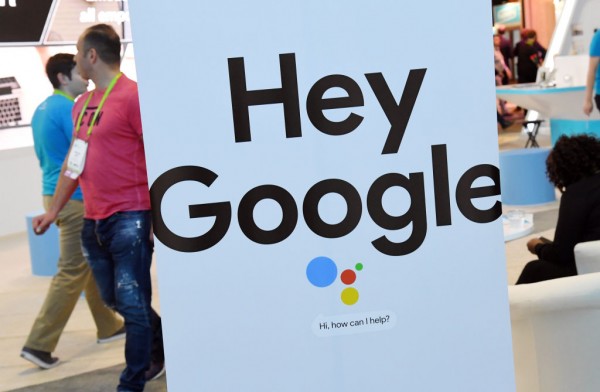 (Photo : by Ethan Miller/Getty Images)
LAS VEGAS, NV - JANUARY 09: A sign for the Google Assistant is displayed during CES 2018 at the Sands Expo and Convention Center on January 9, 2018 in Las Vegas, Nevada. CES, the world's largest annual consumer technology trade show, runs through January 12 and features about 3,900 exhibitors showing off their latest products and services to more than 170,000 attendees.

The new Google Assistant feature was first spotted on Apr. 23 by 9to5Google. Back then, Quick Phrases was called as project "Guacamole."

During its early testing stage, it was known that the Google Assistant Quick Phrases feature works as an option to replace the "Hey Google" keyword when commanding the Assistant with tasks like snoozing an alarm or answering a phone call.

And now, more specific details about how the new Assistant feature works have been unveiled.

Read Also: Google Shuts Down Android Auto, All Drivers That Need an Interface Will Have to Use Google Assistant

How to Ditch "Hey Google" on Google Assistant

As per Android Central, the feature allowing users to remove the need to say "Hey Google" works on "specific tasks" via the Voice Match function.

The AI will only need to recognize your voice to work on things like setting an alarm or creating a reminder--among others.

To enable the Quick Phrases feature, users will have to choose a specific task to add to the "Your salsas" section.

The tasks that could ditch the hotword are organized in multiple categories, such as To-Dos, Timers, Controls, Media, Lights, General Info, Connect, Alarms, and Recommended.

Squeezed in along these categories are the numerous "specific tasks" that a user could choose from.

To be precise, users may select setting, showing, or even canceling an alarm along the Alarm section.

Meanwhile, the Connect part includes sending broadcasts, responding to calls, whereas the General info category covers asking about the time or weather.

On the other hand, the Lights and Controls section contains the option to turn the light on and off, as well as up and down.

There is also a control volume, pause, resume, and skip options.

What's more, the Timers category is home to options like pausing and resuming, canceling, resetting, and setting timers.

And lastly, the To-Dos section allows users to create reminders and jot down family notes.

Google has yet to announce the Quick Phrases feature officially. As of now, the "Hey Google" ditching function remains hidden inside the AI assistant of the tech giant.

However, 9to5Google suggested in the same report that the upcoming Assistant feature is likely to come first on the smart speakers and displays of Google. And sooner, the flagship Android phones are possibly getting it as well.

Nevertheless, it is still unclear if Google Assistant Quick Phrases is launching soon on smartphones.

Elsewhere, Google reportedly admitted that Assistant records audio even while users are not using it or saying the hotword.

Related Article: Google Nest Mini Speaker is Now On Sale For 30% Discount--Here's Why You Should Buy it