"Overwatch" League will be taking a rather different route for the start of Season 5. 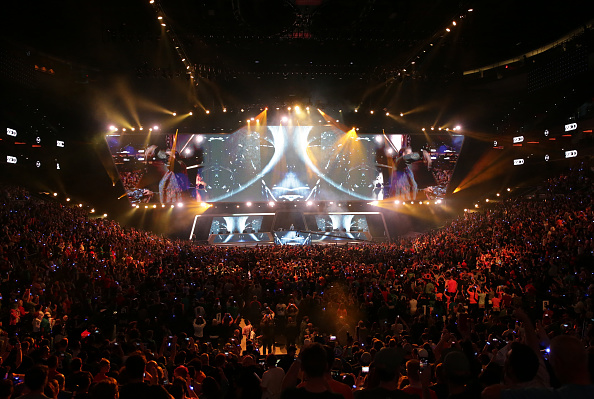 According to a report by Kotaku, the eSports league will be using an "early build" of "Overwatch 2." Blizzard themselves made this announcement while also confirming that Season 5 of the "Overwatch" League will start in April 2022. VP Jon Spector first made the announcement for the league's next season on Twitter:

I've seen a lot of speculation regarding a 2022 start date for OWL. We can confirm that our plan is to begin next season in April 2022. We will share more details about 2022 roster construction timelines soon and more info generally on our 2022 season as we get closer to April.

Looking at the tweet, one might see that Spector actually didn't even mention "Overwatch 2" anywhere. But the confirmation for the latter was made in a separate statement. The league is currently close to the end of Season 4, with the post-season scheduled to begin on Sept. 4. Grand Finals will be on Sept. 25, which will end the season.

This announcement would be the first major news concerning "Overwatch 2" that fans have gotten ever since a stream back in May that featured the sequel's PvP combat. The stream had members of the development team participating (Game Director Aaron Keller, Associate Art Director Dion Rogers, and Lead Hero Designer Geoff Goodman) and a handful of "Overwatch" League pros.

Aside from that, although, Blizzard has been quite mum about the sequel to their highly popular shooter. Development on the game has been hit with a few challenges since its first reveal back in 2019. Now, various sources, including Yahoo! News, say that Blizzard will be unlikely to release "Overwatch 2" this year, alongside the much-anticipated "Diablo 4."

Read also: 'Overwatch' Cross-Play Faces Error in Different Regions, Will There be a Fix?

'Overwatch 2' for OWL Season 5: How Will It Change?

Judging from the first "Overwatch 2" PvP stream, there might not be a lot of changes on the multiplayer aspect of the sequel. Blizzard didn't really have to tweak that mode much because it's what's helped the original "Overwatch" remain compelling even after six years.

The only new thing that "Overwatch 2" will bring is the addition of story missions involving the game's already-established cast of characters. This was made evident during the first "Overwatch 2" gameplay reveal at BlizzCon 2019, where fan-favorite heroes such as Tracer received new abilities that were not accessible on the PvP mode:

Blizzard might have to overcome a lot of hurdles if they want to release "Overwatch 2" in a satisfying state. And as you might've known so far, the company's not really having a good couple of months recently.

The most obvious one is the workplace harassment issue that forced both former and current Blizzard employees to walk out and stage a protest. The details that led to the state of California suing the company are pretty disturbing, so Google it at your own risk. It's not weird to assume that this fiasco will adversely affect the development progress on the game for the rest of the year, at least.

Aside from that, development on the Nintendo Switch port has also encountered some snags. And lastly, OWL itself has been recently under the US Justice Department's radar due to an alleged violation of federal law.