Cancer comes in a lot of forms, with a few of them going undetected for long periods of time. But perhaps this one would've flown under the radar if not for technology. 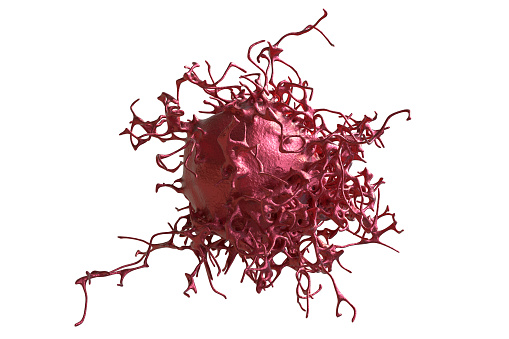 Arizona-based Andrea Temarantz, mother of five-year-old Ryder, noticed something unusual in photos of her son that she took when Ryder was a baby. In the images, she saw a white glow in the boy's eye, which she initially thought was the result of her phone camera going bad.

Not thinking much of it, Temarantz asked her husband to buy her a more powerful camera--a Nikon. But she was surprised to see that the white glow in her son's eye looked even worse.

Then, a fateful visit to specialists in January 2016 changed the Temarantz family's life.

According to a report by The Sun, the white glow seen in young Ryder's eye was no camera malfunction at all--it was a rare type of cancer called retinoblastoma.

Data from Cancer.org reveals that only 200 to 300 children get diagnosed with this type of cancer in the United States every year, making it quite rare. The white glow that was seen in Ryder's photo is called a leukocoria, which is weirdly hard to see with the naked eye.

According to Temarantz, she had the flash on for the photos, which made the anomaly quite visible. As such, she is now encouraging other people to check on the eyes of their friends and loved ones, because this type of cancer can be treated if detected early.

As of now, Ryder has been reportedly cancer-free for five years since his initial diagnosis. However, the boy needs to go to regular checkups because retinoblastoma is a very spontaneous type of cancer, which requires a lot of follow-ups to monitor if it is in remission.

Read also: CRISPR Technology Now Tracks When Cancer Would Spread in the Body!

Cancer Diagnosis Technology: How Far Have We Gone?

Young Ryder was fortunate that his cancer was detected a little early, but it was more or less unplanned. If his mother hadn't caught the eye anomaly by using flash photography, it would've been too late.

That said, how far has the medical field come in terms of cancer diagnosis?

Progress seems slow, but it is steady in a lot of aspects. For instance, a team of researchers from the University of Michigan managed to develop a wearable device that can detect and collect cancer cells from an individual's blood as it circulates.

Publishing their findings in the journal Nature Communications, the researchers claimed that their wearable device is proven effective in diagnosing the illness in animal test subjects. It has also been found effective in facilitating early cancer diagnosis, which will help doctors target tumors with the right treatment.

There's also news of a disease detection service, which can detect cancer and even COVID-19 by working just like a dog's nose.

The researchers made a device that they patterned after canine noses: it "recognizes" air samples via their chemical and microbial contents. In fact, the device is claimed to be even more sensitive than an actual dog's nose, all while requiring far less work to implement.

Cancer is a long way away from being cured, let alone eradicated, but the prevalence of these detection techniques can save a lot of lives.

CRISPR Technology Now Tracks When Cancer Would Spread in the Body!