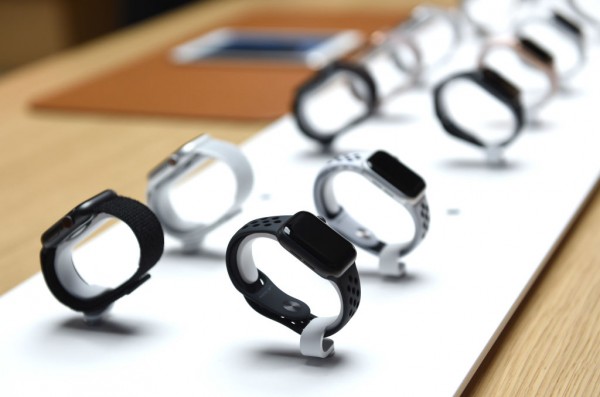 The Galaxy Watch 4 has already released last August, while the Watch 7 of the Cupertino giant has yet to unveil--probably this September, alongside the iPhone 13.

It is worth noting that Apple has had the tradition of unveiling its smartwatch lineup in September. So, it is not farfetched to expect the Watch 7 to do the same, and launch at the upcoming virtual Fall Event of the iPhone maker.

Although Apple has yet to release the pricing of the Watch 7, some reports have already speculated it based on the price tag of its predecessor.

As per Tom's Guide, the upcoming smartwatch of Apple is likely to sell starting at $399, similar to the cost of the Apple Watch 6 with a GPS feature.

The design of the Apple Watch did not face any drastic change through the years. However, some leaks and predictions are suggesting that the Cupertino giant will be including a radical new look for its upcoming Apple Watch 7 with a flat-edge design and more boxy look as per CNET.

What's more, the upcoming Apple Watch will reportedly get much slimmer bezels than its predecessors, along with a lamination technique that will make the screen look close to the glass cover.

As per the size of the two competing smartwatches, Apple Watch 7's rumored size is expected to be bigger than the Galaxy Watch 4's 40mm and 44mm by a single millimeter.

Even so, the Classic version of the Samsung wearables will still be bigger than the Cupertino giant with its 42mm and 46mm variants.

In terms of colors, both smartwatches are expected to be more colorful for their release in 2021. To be precise, the Galaxy Watch 4 flaunts silver, pink, green, gold, and black options.

On the other hand, the Apple Watch 7 will be carrying more colorful options, such as green, blue, black, silver, and red, as per the leaked renders from Jon Prosser,

The two wearables will be sporting two different chipsets. The Galaxy Watch 4 has the Exynos W920, whereas the Apple Watch 7 is expected to house the S7 chip.

For the system, Samsung's debuted the Wear OS, by the South Korean giant and Google. Meanwhile, the Cupertino giant will be releasing its WatchOS 8.