ISS astronauts might've been greeted by the worst scare of their lives recently, being cooped up in a tin can in outer space after all. 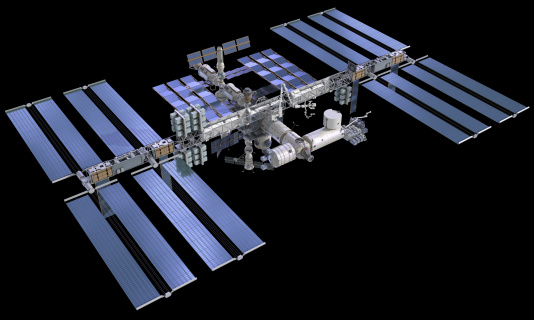 Phys.org reports that the astronauts on the ISS smelled smoke, which was followed shortly by fire alarms. The alarms blared from the space station's Russian segment, where several of the astronauts smelled something "burning."

The Russian space agency said that the incident occurred at around 1:55 PM GMT. This is the latest in the recent string of issues concerning the aging ISS, specifically its Russian segment whose upkeep has been increasingly outdated for the past few years.

According to the official statement from the Russian space agency Roscosmos, a smoke detector in the Zvezda service module of the ISS was triggered due to automatic battery charging. But apparently, the smoke traveled far enough to the US segment of the International Space Station, where French astronaut Thomas Pesquet described the smell of "burning plastic or electronic gear."

It's also worth noting that the alarms were triggered ahead of a scheduled spacewalk by Russian cosmonauts, who were supposed to work on the Nauka Science Module to prepare it for scientific operations, reports the BBC.

To solve the problem, the Russian ISS crew turned on an air filter. Eventually, the air was cleared enough for the astronauts to go back to sleep. For now, the ISS seems to be working as intended, despite numerous issues including cracks on the station's walls, which led people to believe that the station must be retired soon.

To say that the ISS is getting old is an understatement. However, not even a lot of people actually know that the space station is aging. To them, it's a relatively new thing, which couldn't be further from the truth.

NASA, in partnership with Roscosmos, Japan's JAXA, the ESA, and the CSA, first launched the modular space station into orbit on November 20, 1998. But it didn't start off as the wide-spanning station that most people know today. In fact, it took 10 years and over 30 missions to assemble the ISS to its current size and specifications, according to the ISSNationalLab.org.

Since then, the ISS has played a major part in several of the most important scientific experiments and findings of the past two decades. According to Tech Briefs, over 20 years of research on the International Space Station has led to improvements in the treatment of major diseases, for one. Alzheimer's and Parkinson's Disease, asthma, heart disease, and even cancer--all of these received some critical data from ISS-based experiments that improved the efficacy of existing treatments.

However, the ISS will have to retire soon, meaning NASA and all other space agencies around the world will have to think of a replacement. For now, there are suggestions that private industries should fill the void after the ISS retires in 2024, with agreements proceeding at a rapid pace.

Related: Elon Musk: ISS' Near Orbital is The Fastest Way to Travel Earth-25 Times Faster than the Speed of Sound!

Elon Musk: ISS' Near Orbital is The Fastest Way to Travel Earth—25 Times Faster than the Speed of Sound!

Could Private Industries Fill the Space Station Void After the ISS Ends by 2024? NASA Agreement with International Partners Closing