According to recent findings from Russian cosmonauts aboard the space station, the ISS might be due to retire soon. 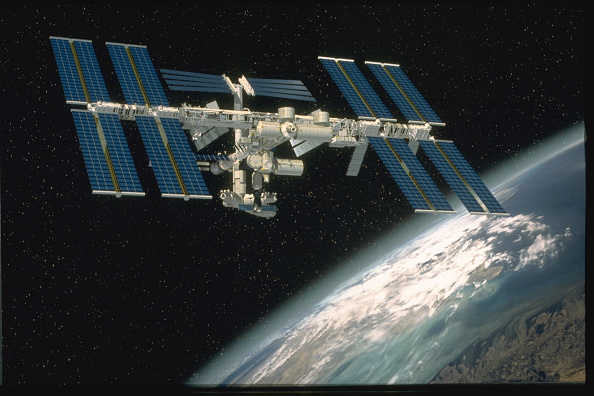 (Photo : Alain Nogues/Sygma/Sygma via Getty Images)
(Original Caption) Model of the future ISS. The space station is to be finished in 2004.

This is due to several new cracks that have been identified in a specific area of the International Space Station called the Zarya module, reports PopSci. According to Vladimir Solovyov, who serves as chief engineer at the rocket and space corporation Energia, it is still unclear whether these so-called "superficial fissures" could lead to something terrible such as air leaks on the ISS.

But of course, this doesn't mean that the cracks would not cause any air leaks on the ISS. Back in March, it was reported that Russian cosmonauts once again had to seal some cracks in a different part of the station (the Zveda module), after they've been found to leak air, reports Space.com.

Aside from that, a software malfunction back in July actually threw the ISS off-course for a brief moment, but the astronauts were able to correct it. All in all, these issues aboard the International Space Station have made a lot of people question if it's now due to be retired because of its advancing age.

The overall infrastructure of the ISS hasn't aged gracefully, making its components and subsystems more susceptible to failure. Furthermore, NASA and other space agencies would actually find it even more expensive to maintain it. According to recent estimates, roughly $3-4 billion a year is needed to keep the ISS in orbit.

Due to these incidents, Solovyov was reasonably confident that the ISS will be experiencing an "avalanche" of broken and failing equipment past the year 2025, as reported by Reuters.

ISS Due for a Replacement?

Not a lot of people know that the International Space Station is actually quite old, having been launched into orbit on November 20, 1998. Since then, it has remained in low orbit around Earth, playing host to a wide variety of otherworldly experiments involving things such as glow-in-the-dark baby squids and tardigrades, aka "water bears."

NASA has known for a while that the ISS is getting old. But apparently, its planned replacement might not even come from the American space agency. According to a report by CNBC, NASA will have to depend on the technology developed by third-party companies.

Two of these companies are Colorado's Sierra Space and Houston's Axiom Space, both of which have been planning to build space stations of their own. And with NASA's recent dealings with SpaceX and Blue Origin, perhaps those two companies will also build their own outposts as well.

The original plans for the ISS have it only operating until at least December 2024, judging from the agreements that have been signed between its roster of international partners. Until then, more experiments are scheduled to be performed inside the International Space Station until its final years; all of which have the potential to unlock the secrets of safe, long-term, human-crewed space missions.

Related: ISS Removes Russia Pirs and Allows It To Burn In Space-Giving Way To the New Nauka Space Module