How To Spot Hidden Cameras in Hotels? This Viral TikTok Video Offers Some Efficient Tips

Sometimes, Tiktok has dangerous online challenges like the Milk Crate challenge and other viral challenges. Authorities discourage teens and other people from following such dangerous challenges due to the number of reports of people sent to hospitals after doing the challenges. Despite these incidents, TikTok surpasses YouTube as the most-watched video platform in the United States and the United Kingdom.

On the other hand, there are videos that provide lifehack tips--just like this story.

Hotels and other rental places might be hiding something that could endanger your identity and privacy. As of the moment, hidden cameras are becoming more rampant than ever since many criminals are trying to sell your NSFW videos and images to individuals who are willing to purchase them. 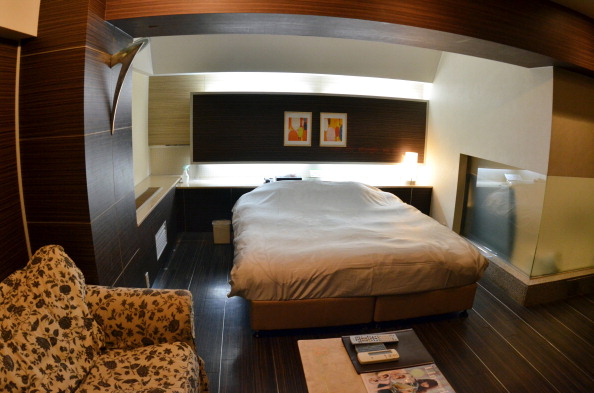 (Photo : Photo credit should read YOSHIKAZU TSUNO/AFP via Getty Images)
Japan-Society-Valentine-hotel-sex by Karyn POUPEE This picture taken on February 10, 2014 shows a room of the Two-Way hotel in Tokyo. From rooms kitted out like medical clinics where couples can play "doctors and nurses" to grottos where it is permanently Christmas, Japan's "Love Hotels" cater to almost every taste, offering a few hours of reasonably-priced privacy in a crowded country.

This hidden camera trend started to become worst way back in 2019 after various travelers posted their videos. They showed that some of the vacation rentals they stayed in were actually infested with spycams.

They were recently found in hotels from the United States, China, South Korea, and other countries. Because of this, various tech developers are creating apps and other innovations, which could detect cameras hidden in a room.

These include Randy Andrews, the founder of Logan Security Consulting, who also created the Hidden Camera Detector app for iPhones.

"The technology has gotten much, much smaller. We're talking about a micro camera lens the size of a pinhead," said the video security camera expert.

Because spycams are becoming tinier than previous models, victims and security experts find it hard to detect them regularly. However, a viral TikTok video efficiently showed how hotel and vacation rental consumers can find these malicious cams. 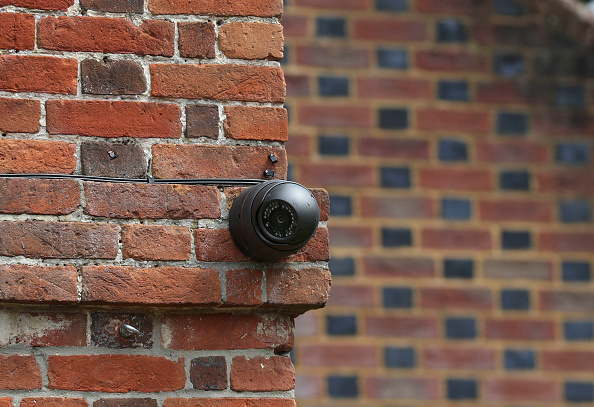 (Photo : Photo by Steve Parsons - WPA Pool/Getty Images)
The CCTV cameras at the Bull Inn in Stanford Dingley, which were pointed out, during the Old Bailey jury site visit to scene where Pc Andrew Harper died on July 1, 2020 in Sulhamstead, United Kingdom. Henry Long, 19, Albert Bowers, 18, and Jessie Cole, 18, are appearing at the Old Bailey in London, where they are accused of murdering the 28-year-old police officer who was dragged behind a car after responding to a reported quad bike theft in August 2019.

TikToker Marcus Hutchins, who currently has more than 3 million likes and 200,000 followers, was the one who posted the viral footage. His video was able to garner more than 2.5 million likes, 12,000 comments, and 121,000 shares.

However, he confirmed that the room he is showing in the video is not actually a real Airbnb. The viral TikToker added that it was a stage set up to show how people can detect these spy cameras.

Many commentators were amazed by his methods. But, some of them said that the video triggered their fear of booking AirBnBs.

This viral hidden camera detection video just shows that TikTok still has some trending content that could be life-saving. However, there are still some videos that could harm you, especially if younger users try to do those dangerous challenges.

According to Fox News' latest report, the viral TikTok video advised watchers to check for gadgets that are installed in the room. These include the smoke detector, phone charger, and other devices that can contain a tiny camera.

The TikToker even revealed that a USB outlet brick can also hide a spy cam. He showed that a simple flashlight can detect small cameras. Hutchins said that if the tiny hole emits blue light when you flash it, that means that it is a hidden cam.

Aside from this, he also explained that visitors could also purchase RF detecting devices since they can pick up signals that spycams may be sending to the malicious actors.

For more news updates about hidden cameras and other related tech issues, always keep your tabs open here at TechTimes.