NASA has opened its registrations for the 2022 Human Exploration Rover Challenge for interested participants, focusing on making a vehicle for the Artemis Moon mission. The venture of NASA would soon bring back humans to the lunar surface, and the rover may or may not come to the mission with them.

The national space agency has initially asked for the models or designs that would be used for Artemis mission's Lunar Terrain Vehicle, and it would be bought or purchased by NASA. The agency has not yet named any partner companies for the winner of the venture, and the world would still have leeway for 2024's launch.

The competition to bring the lightweight rover for out-of-this-world terrain, featuring the Lunar and Martian courses, is coming for next year. NASA has opened up the registration for the annual Human Exploration Rover Challenge, aiming to bring the best rover that can be used by astronauts on foreign planets.

The rover would not be used for actual missions, but it aims to spark the creativity and engineering skills of students and organizations for the future creation of popular rovers. Creating the device would integrate students into the U.S. space programs, which would further the project as the future progresses, and space becomes more accessible.

The competition is an annual contest that invites more than 100 teams to participate and debut its rover to be driven over the course that spans for half a mile, having two drivers in the cockpit.

This year's HERC would be the 28th competition that would take place and invite the genius of these students, bringing a light vehicle that can take on the drastic conditions of space in under 8 minutes. 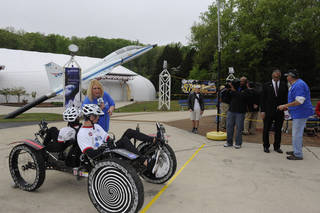 NASA has set up a website to register for the 2022 Human Exploration Rover Challenge that would take place the next fall, April 28 to 30. The event would take place in the U.S. Space and Rocket Center in Huntsville, Alabama.

The event would now allow only one participation or entry for each school or university, something which has changed from before's maximum of two rovers. The space agency wants more schools to debut its vehicles, and encourage wider participation among the engineers that would bring their rover.

What is HERC's Goal?

HERC's goal is to spark creativity among the students of universities that aim to be engineers. The venture would focus on immersing them in the space ventures of the country, which would soon be more expansive and available to the public.

NASA and other space agencies like SpaceX, Blue Origin, Virgin Galactic, and more aims to make space more accessible and available to the public.

Related Article: ISS Astronauts Wake Up to the Smell of Smoke Followed by Blaring Fire Alarms