With the successful launch of smart TV accessories and streaming boxes, the tech giant will now be focused on the Amazon TVs with built-in Alexa assistant and Fire software.

In October, we will witness the Omni and 4-series TVs on sale. 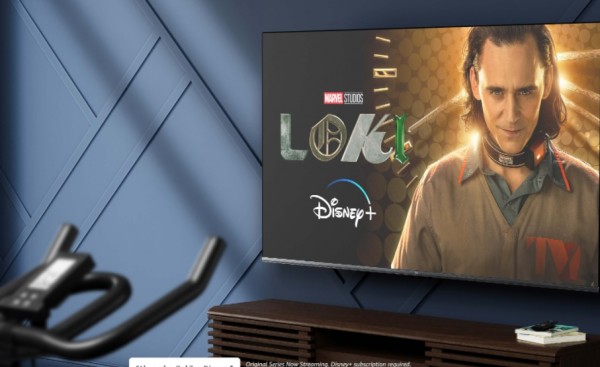 According to a report by Android Police on Thursday, Sept. 9, Amazon's upcoming batch of smart TVs will have eight models. They will have a size range of 43 to 75 inches.

From what we see from other TV brands, some smart televisions might be too expensive for some users. However, the Omni lineup will tackle the affordable smart home equipment despite being a premium option.

The Fire TVs will also come with Dolby Digital and HDR10 color support, in addition to 4K resolution.

For the more costly versions, users can enjoy a picture-in-picture feature for those who want to view a clip from the Ring doorbell.

There's another feature that users can do with the Amazon Smart TVs. The Omni televisions can also utilize a webcam and activate the TV for a virtual meeting such as Zoom call.

It's even better to use them since Amazon's smart speakers can be powered by advanced microphone technology.

If you want to go for a cheaper alternative under the same branding, you can purchase the 43-inch Fire TV 4 for only $370, according to Ars Technica. On the other hand, the 55-inch series can be bought at $520.

Of course, since they are low-priced, it is expected that they lack some features that premium TVs have. You can look for one from either Amazon or Best Buy. There are also Fire TVs that are available in Toshiba and Pioneer.

Besides its first-branded Fire TVs, Amazon also released the set of its smart TV streaming accessories. The company announced that the Fire TV Stick 4K Max backs up Dolby Atmos and Dolby Vision besides the usual Alexa support.

Other than that, it is reported to have a more powerful processing power. It surpasses the 2GB RAM and 1.8 GHz of the older model by 40%.

Just like the Omni TVs, the new Fire TV stick can enable surveillance mode for smart cameras at home. In addition, it features Wi-Fi 6 which is first featured in its smart TV stick.

For Amazon and Best Buy customers, here is now your chance to get Fire TV Stick 4K Max for only $54.99. There is no official date yet for its upcoming sale.

Between Amazon Fire TV Stick, and Fire TV 4K, the more ideal product to purchase is the latter. Since it has more advanced features than the former, the audiophiles will surely enjoy its impressive Dolby support and control for surrounding sound effects.