"Fortnite" Chapter 2 Season 8 is among us, and its trailer has teased an important character skin that would come when the new season comes, and speculators believe it is Carnage. Yes, it is the popular Spider-Man villain, Carnage, the alien symbiote that has bonded with Cletus Kasady, or the known serial killer.

For now, there are only nitpicks of comic book characters that have and would come for "Fortnite", and this includes DC's Superman, Marvel's Guardians of the Galaxy's Gamora, Marvel's Loki, and more.

"Fortnite" is popular for bringing the comic book characters in the game, and one of its most popular is Season 4's Marvel crossover.

Epic Games "Fortnite" is coming to bring the Season 2 Chapter 8 for its gamers, and it would end the stint of Invasion on the way to a new offer for this season. The Operation: Sky Fire has already been released for the platform, and it aims to bring the climax and end of Season 7 for gamers to accomplish.

Season 7 is ending, and it is going to graduate from the Alien-filled season, which brought popular names like Rick and Morty, Superman, and other known aliens in pop culture. Chapter 8 has no confirmed theme yet, but there is already one character that is heavily teased by this update.

The game's update is scheduled for this Monday, September 13.

The final moments of "Fortnite's" Season 7 is here, and gamers are advised to use up all their credits and Battle Pass privileges that have been available this season. It is known that it would reset next season, something which players would need to work hard for again. 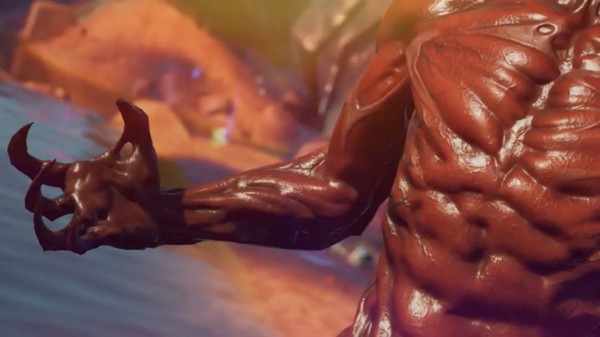 On the other hand, a new character for "Fortnite" is coming, and it is the Carnage skin, a known villain in the Marvel comic books, also coming to the big screen with Tom Hardy's Venom.

Speculations on the social media world have looked into "Fortnite's" latest trailer for Season 8, and the only character who has "tentacles," claws, and red body parts in pop culture is Carnage. Yes, this is the alien symbiote who is the darker offspring of Venom in the comic books.

Carnage is also known as one of the most dangerous symbiotes there is, giving the Spider-men a hard time defeating the villain. Venom's offspring symbiote who gained the best of his parent's abilities, but the dark side of the character is known to have bonded with a Ryker Island criminal known as Cletus Kasady, a serial killer in the Marvel comic verse.