An NVIDIA GeForce Now leak could have massive implications for both PC and PlayStation console players, if proven true.

(Photo : Jakub Porzycki/NurPhoto via Getty Images)
Nvidia logo displayed on a laptop screen and a gamepad are seen in this illustration photo taken in Krakow, Poland on August 16, 2021.

Hexus reported on the big leak, which apparently saw a handful of big AAA PlaySation exclusives that could be released on PC. According to the leak, here are some of the big titles that might come to PC:

The leak was courtesy of a user named Ighor July, a developer who found the alleged unreleased games on the platform while tinkering with the NVIDIA GeForce Now client software.

Aside from these big AAA exclusives, other games which were purportedly on the list, including remastered versions of "Chrono Cross," "Final Fantasy Tactics," "Mirror's Edge," "Batman Arkham Knight," and "Call of Duty Modern Warfare 3."

You can find the entire list of games on PushSquare.

NVIDIA GeForce Now Leak: How Did This Happen?

July said that he stumbled into the leak while wanting to find a full list of every game available on the NVIDIA game streaming service. The current GeForce Now client doesn't let users get any list, so he found older versions of the client and checked the log and cache files of those programs.

Eventually, July managed to get a hold of the list from the NVIDIA GeForce Now servers. This all happened around six months ago, according to him.

How Did NVIDIA React?

Safe to say, NVIDIA didn't react to this the way many PC gamers might have hoped. According to the company, they were aware of the "unauthorized published game list," but they made it clear that all of them are "speculative titles," reports WCCFTech.

NVIDIA then went out and said that the games being on the list is "not a confirmation nor an announcement of any game." They then removed the list ASAP. This could mean that any Sony PlayStation exclusive that was included in the leak are probably only there for internal testing, and could never even see an official launch on PC.

It's Still Not Impossible, Though

As you might know, big Sony PlayStation exclusives have already been released on the PC recently. Two perfect examples are "Days Gone" and "Horizon Zero Dawn," which officially launched on Steam during the past two years. 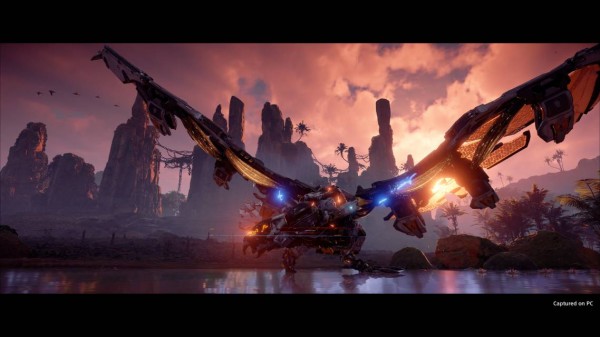 But if you say you're willing to wait for these former PlayStation exclusives to come to PC, you're going to be waiting for a while. For instance, "Horizon Zero Dawn" didn't release on Steam until three years after its initial launch on the PS4.

With that, it could be safe to say that years of waiting will have to pass before you see a game like "God of War" or "The Last of Us Part II" on Steam.

Related: Sony is Allegedly Planning to Release 'Uncharted 4' On PC, According to a Leaked Investor Report

'Horizon Zero Dawn' Weapons Guide: What Weapons to Use and Where to Get Them

Game Streaming Vs. Native Gaming: How Does One Compare to the Other?