Intel Alder Lake CPUs are on the horizon, and as such, motherboard manufacturers are preparing for the imminent arrival as well.

ASUS is one of those who are taking advantage of the Intel Alder Lake hype early with their first batch of high-end Z690 motherboards being leaked. 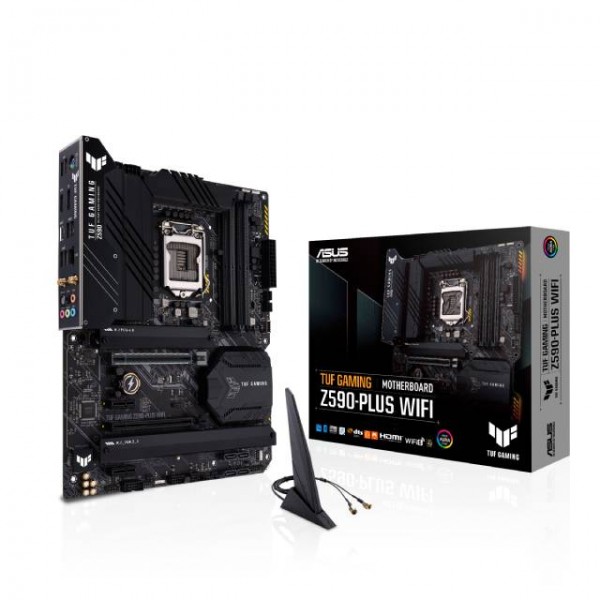 According to Overclock3D, a filing with the Eurasian Economic Commission revealed ASUS' plans to ship a lot of their Alder Lake mainboards with support for DDR and DDR5 memory.

DDR5 memory support, however, is exclusive to the high-end parts. These include some flagship Republic of Gamers boards, such as the ROG Maximus Z690 Extreme, Z690 Formula, and the Z690 Hero.

The ProArt Z690 Creator 10G rounds up the list of DDR5-supported Intel Alder Lake boards, which is notably the only non-ROG model in the high-end list.

As for the DDR4 variants of these Intel boards, they're mostly included in the PRIME, ROG Strix, and TUF Gaming series. They will be denoted as DDR4-supported with the "D4" label, reports WCCFTech. This D4 label is also likely to be put on the motherboard boxes to help people distinguish between DDR4 and DDR5 models.

Here is a screenshot of the alleged ECC filing, if you want to see all of the model names in detail: 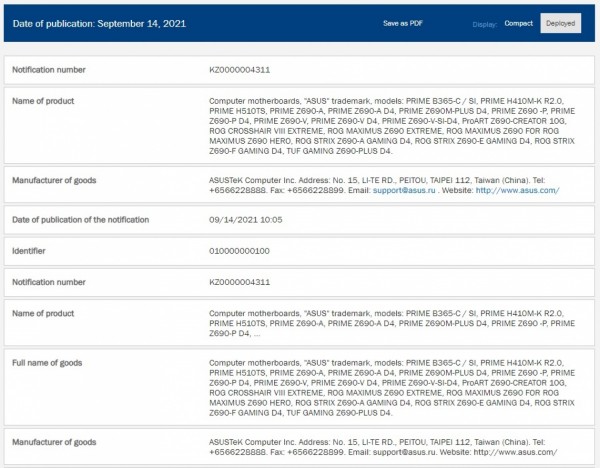 Intel's upcoming Alder Lake chips are shaping up to be absolute beasts, judging by early leaked benchmarks, which saw an i9-12900K chip beat a Ryzen 9 5950X in Geekbench.

Intel Alder Lake DDR4 vs. DDR5: Will There Be A Performance Hit?

During the earliest rounds of rumors for Intel Alder Lake, leakers said that the CPUs will support both DDR4 and DDR5 memory. And with this news, those rumors turned out to be accurate.

But is there going to be a noticeable performance difference?

In a Tom's Hardware report, this question was put to the test by pitting DDR5-4800 against DDR4-3200. The person who did the test was prominent Twitter leaker TUM_APISAK, who posted a series of numbers on social media showing the benchmark performances of the DDR4 and DDR5 memory using a 16-core, 24-thread Intel Alder Lake engineering sample:

It seemed like the DDR4-3200 kit pretty much went toe-to-toe with the higher-clocked DDR5 in multi-core and single-core write/read tests, as well as latency tests. However, you should notice that the DDR5 kit was running on the slow side (some kits have been teased with 5600 MHz speeds), which might've played a part.

Should You Go For DDR5 or DDR4 Alder Lake Boards?

At least for now, it seems like Intel Alder Lake works well enough with either DDR4 or DDR5 memory. The only real issue would be the latency according to the benchmark numbers above: DDR4's 136 to DDR5's 86.7 is not a close fight at all.

But until Intel finally releases their Alder Lake chips into the market, these benchmark numbers are still only rumors. Take them with a grain of salt.