The rumors about Apple Watch Series 7 getting a new CPU has come to an end. Previously, many reports said that the next-gen smartwatch lineup will feature a new CPU.

It turns out that it would only retain its old processor that the 2020 Apple Watch Series 6 uses. 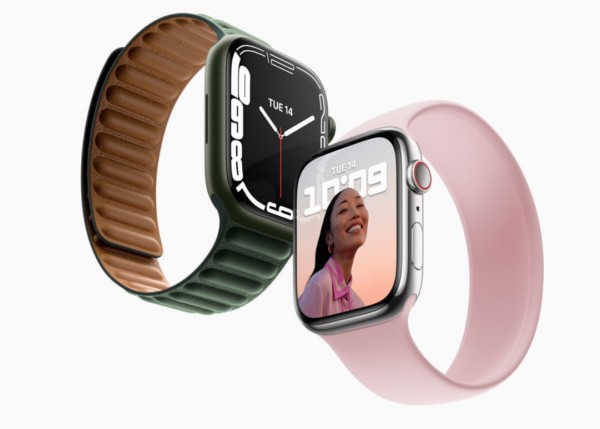 According to a report by 9to5Mac on Tuesday, Sept.14, Apple has not disclosed any information about the performance of the Apple Watch Series 7.

The common notion among Apple products is their powerful processor and energy-saving capability.

However, the Cupertino giant has not mentioned any word about the expected CPU of the new-gen smartwatch.

From a tweet by Steve Troughton-Smith, a known developer based in Ireland, Apple could not talk about the processor of the Apple Watch Series 7 because of one thing. The next-gen batch of wearables will reuse the same CPU that Apple Watch Series 6 has.

…and it’s because it’s the exact same as last year’s Series 6 👀 In fact it doesn’t even get a new model number, it’s effectively just a chassis tweak pic.twitter.com/mLsTNkdTNO

The particular CPU, which is also known as "t8301," is the processor used by both Apple Watch Series 6 and Series 7. It is contained in the Package, specifically in the "Apple S6" system.

While many have speculated of a new processor coming to this year's edition, the same internal number would mean that Series 7 would house the similar components from Series 6.

If you are wondering if Apple has done this before, Guilherme Rambo, another developer commented about the rumors circling Apple Watch Series 7.

At the moment, there are no available details about the Apple Watch Series 7. It is expected that the smartwatches will be ready in late 2021.

Earlier this month, Apple's manufacturing partners have been allegedly involved in a production snag. This paved the way for the postponement of the Apple Watch Series 7.

Additionally, a famous Apple analyst, Ming-Chi Kuo recently said that the design for the Watch 7 will start in September amid production problems.

How to Pre-order iPhone

In another report, Macrumors wrote that the upcoming pre-order schedule for iPhone 13 will start on Friday, Sept. 17 at 5:00 AM PT.

To get started with your pre-order, you might access the iPhone Upgrade program by clicking here. You can also head to the official website of Apple to see the necessary steps for your iPhone 13 purchase.

For those who have not yet accessed the iPhone Upgrade Program, you can select the AppleCare+ plan and tap your desired payment method. Apple both allows partial and full payment methods.

After undergoing the process, you can now proceed to "Get Ready" and pre-order your iPhone upon its launch.