The search for Xbox Series X is a hard challenge for UK buyers. There are days that retailers drop stocks by surprise. There are also times that even though they are already scheduled for the stocks, the long virtual queue might be a hassle for them.

With the looming threat of supply chain and chip shortage, obtaining the next-gen consoles can be tedious. This week, let's get to know where you can score an Xbox Series X console. 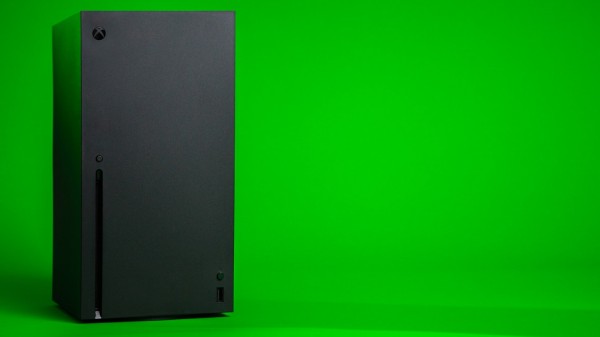 (Photo : Billy Freeman from Unsplash)
Here is the latest report about Xbox Series X restock in the UK as of September 15.

According to The Independent's report on Wednesday, Sept.15, there are many UK retailers that could open stocks soon, which include GAME, Argos, Smyths, and Currys.

For those who are searching "Halo Infinite" Xbox in the country, pre-orders are still available in Microsoft Store and GAME.

With its official launch next month, many customers are rushing to place their orders for this limited-edition console.

At the moment, no other retailers are offering pre-orders for the customers besides the two above-mentioned stores.

Indeed, many buyers are still hoping that they could obtain the console despite problems in the supply chain. Due to the restrictions brought by the pandemic, the shipping and delivery of Xbox Series X could be affected, as well.

Here are the stores that you should visit if you want to score a new-generation device:

There's another report that points out to Currys PC World. This UK retailer could potentially drop Xbox Series X stocks on Sept.15 or Sept.16.

Currys has a good reputation for releasing stocks on a weekly basis. Maybe this week, we could see another run for the Xbox Series X restock.

Last August, the shop hinted that it has limited supplies for the console. However, the Sept.7 restock could mean that Currys would soon unveil its queued supplies.

Xbox Series X restocks in the UK will not be complete without Smyths Toys. Unfortunately, this retailer has no supplies in its inventory just yet.

Gradually, Smyths Toys have been releasing stocks in select branches around the UK. For those who are visiting physical stores, it's better to head here before you go online.

Smyths Toys is also collaborating with Microsoft for the Xbox All Access credit program. If you want a more convenient way of paying for your console, you can set a monthly payment in n years.

Right now, there are no Xbox Series X stocks at the AO store, however, you might test your luck to find one on its physical stores.

Even though AO offers an online payment service for customers, remember that you can visit its warehouse stores anytime. They can be found in Liverpool, Leeds, Manchester, Gatwick, and Stevenage.

GAME is one of the most popular UK retailers for game consoles. Along with Argos, this shop is considered to be a good spot for the Xbox Series X.

You can also find more video games here. In addition, GAME now lets users pay for their next-gen console through the Xbox All Access scheme.

Currently, there is no Xbox Series X restock in GAME.

Surprisingly, Amazon shocked some buyers after it successfully held a "small restock" for Xbox Series X. For many months, the store has not dropped the said console.

PS5 restocks in Amazon will drop this week and this is a good sign that Xbox Series X stock will soon be announced.

If you are in a hurry to purchase a gaming console, you can opt for the Xbox Series S which is currently available in the store.