Snoop Dogg is the popular NFT booster that goes by the name CozomoMedici, the iconic rapper casually confirmed on his Twitter account. 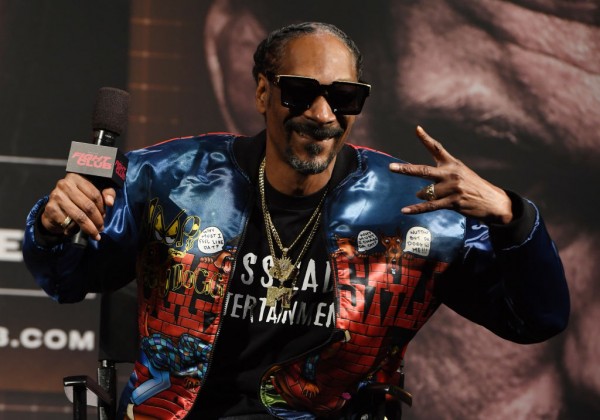 So, it turns out that Snoop Dogg is the man behind one of the major players in the lucrative world of NFTs, or non-fungible tokens.

It comes as the hip hop icon went to Twitter to admit in a straightforward manner, saying that he is the person running the popular Twitter account that primarily discusses NFTs and cryptos in general, as per The Verge.

On top of that, CozomoMedici also rose to fame as the account impressively owns a hundred crypto tokens, which costs a hefty worth of millions of dollars, his OpenSea account showed.

To be precise, the collection has already ballooned to a whopping 159 pieces, even as the account only joined the NFT marketplace platform last August.

The news outlet further suggested that the username is likely to be based on the name of a popular banker in Italy from the Renaissance era.

The iconic rapper and businessman tweeted on his verified account to unmask the identity of the popular NFT booster, casually writing: "I am @CozomoMedici."

That's it, Snoop Dogg did not cut to the chase and admitted his alter ego outright, making the rapper an authority in the NFT world--just like that.

According to ToneDeaf, the account of Cozomo de' Medici has been hinting to its followers that the big reveal of its identity is coming out soon.

The popular NFT boosted started the tease by addressing its fans as "frens," further saying the identity of the account will be revealed via its personal account.

Medici went on to say that considering the fame of the Twitter account about NFTs, fans will be able to spot the revelation.

To add to the excitement of the identity reveal, Medici further announced that a single user that gets to find and share the tweet from the personal account will be awarded 1 ETH from the Medici Vault.

The tweet of Snoop Dogg himself came five minutes after the announcement of Medici.

Before the revelation, Medici even ran a poll that made its followers guess the person behind the Twitter account. However, for some unknown reason, Snoop Dogg was not part of the choices.

It is worth noting that the iconic rapper and entrepreneur is not new to the game of NFTs.

Previously, or in March, Snoop Dogg launched his own collection of NFT, which goes by the title "A Journey with the Dogg."

The Verge, in the same report, also spotted that Snoop Dogg's icon on his official Twitter account is the NyanDogg NFT, which was purchased by none other than Medici, which turns out to be his online alter ego.