Tesla Cybertruck will reportedly have a Samsung-made computer, according to latest reports. The Tesla Hardware 4 computer will be the official chip for one of the world's biggest EV makers. 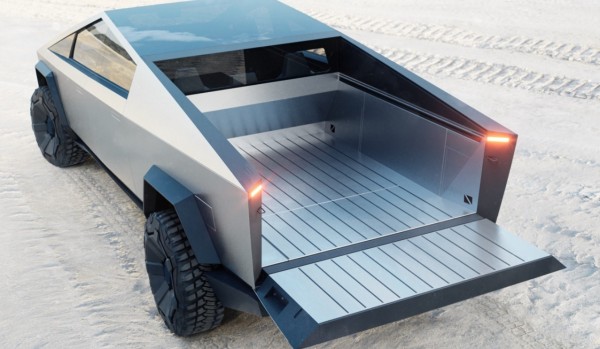 According to an initial report of Korean publication The Korea Economic Daily, some people who knew Samsung's plans revealed the information.

Since the agreement between the two companies was already settled, the consumer electronics giant is now on its way to produce self-driving chips for Tesla's Cybertruck.

One source said that Tesla and Samsung have engaged in several discussions since the year 2021 began. The virtual deal was completed as both sides agreed on the negotiation.

Samsung would reportedly manufacture the Tesla Hardware 4 chips in its plant in Hwasung, South Korea.

The partnership of Tesla and the chipmaker is not limited to the creation of the Cybertruck processor. On Friday, Sept. 24, Teslarati mentioned in its report that a 7-nanometer technology will incorporate the full self-driving computer of the EV maker.

The production would start in the last quarter of this year, the report added. The narrative fits the fact that Samsung is Tesla's trusted partner in chip production.

The previous Hardware 3 computer of Tesla is also developed by Samsung, and it's possible that we could see more Samsung-supported electric cars in the future such as Model X and Y.

In comparison, the 7nm chips might fall slightly lower in quality compared to their 5nm counterparts. For this case, Samsung will do its best to maintain a high-quality chip for Tesla's EVs according to Teslarati.

Tesla CEO Elon Musk first introduced the HW 4.0 during last month's AI Day. The tycoon confidently said that the next hardware computer for self-driving will provide more safety for the users.

In July, there was a swindling rumor about a secret deal between Tesla and Samsung. According to Korean sources, the South Korean tech giant has agreed to a $436 million deal with the automaker for the EV's cameras.

The target recipient for the Samsung cameras highlighted the Cybertruck. The electric pickup vehicle would be allegedly supported by more than eight advanced cameras.

The report also said that Samsung would supply the cameras for the Cybertruck next year.

Last week, Musk said that the FSD Beta Button of Tesla will debut on Friday, Sept.24. The CEO noted that only experienced drivers will feel the power of the feature.

At the time of writing, the FSD Beta is only at level 2 driver assist. In short, the feature is still dependent on the driver and it will not start without any assistance.