Google Assistant: Material You Update to Bring a Fresh Interface as Part of the Redesign of the Company

Google Assistant is part of the "Material You" refresh of the company, something that would integrate the new branding to the existing applications among the interface for a more streamlined look. Several features and apps have taken on the Material You's redesign in the past weeks, something which would change a lot for Google users.

And by Google users, it means those that have smartphone devices that are under Android mostly, as it is known that the Assistant is better integrated on phones. Android's latest version, Android 12, has changed a lot for the Material You, but it is not an unwelcome or awkward transition as it focuses on improving the operating system only. 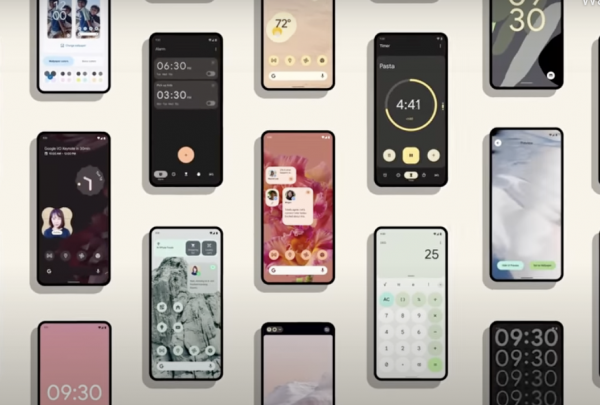 (Photo : Android via YouTube)
Google's Material You has now advanced to improving the AI Voice Assistant, for Google and Android smartphones.

According to a spotted released by XDA Developers, Material You has penetrated Google Assistant and it would soon be something that people can enjoy when using the voice AI intended by the internet company.

Material You's dynamic colors for Android 2 are the main focus of Google Assistant and the features it would bring for the update.

Google has not yet gone full blast on the Material You, particularly because the Android 12 platform is not yet available for all devices of the Mountain View company. According to Android, the Beta and developer's platform for Android 12 is available but is not quite yet for the public's full version release, like the iOS.

As showcased by XDA Developers via APK Mirror, the new Google Assistant with the Material You update has focused on dynamic colors, something that would border on the new feature's branding.

The updates are not yet quite released by Google, but it is surely coming for the smartphones in the coming updates, as Android 12 and the Material You venture is coming to unfold for users to enjoy. Google's Assistant is a long-time feature that has been going against Apple's Siri and Samsung's Bixby for AI voice commands.

What is Material You?

Material You is a personalized experience for Android and Google that would focus on integrating the applications with new features and interface for people to enjoy. This would focus more on the personal preferences of people and how they want to view their smartphone devices in a more controlled environment.

The focus would be for Android and Google users, something which they could improve for users and optimize for their needs and streamline for specific requests.

The feature is heavily embedded on Android 12, the latest operating system of the company, which has been released for all that have a stake in Google's software.