Retro games have always had a special place in the hearts of classic game fans. While the emergence of mobile games is growing at a fast rate, it's no doubt that the old school games are still the best of their kind.

Through your iPhone, it's possible to take another glimpse of these games, such as "Super Mario 64" and different "Pokemon" version installments.

To play them once again, here are the best iPhone emulators that will take you back to experience retro gaming this time. 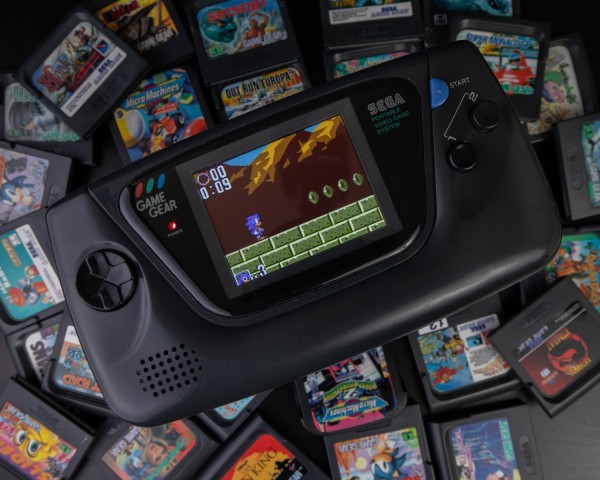 (Photo : Ben Griffiths from Unsplash)
Here are the top 5 retro game consoles that you can download on your iPhone and other iOS devices.

According to a report by MakeUseOf, emulators provide you an opportunity to enjoy the old games that were once playable in traditional consoles.

At a small price, you can access the retro games on your iPhone through the computer. For instance, this will work if you subscribe through BuildStore.

After you get the emulator, you can play the retro games back in the classic days.

But before that, you need the ROM version of the game. This is the software counterpart to the disk or cartridge-based game. Make sure that the specific emulator is compatible with the game.

Although the use of emulators is considered legal, some ROMs could strike piracy issues. It's always good to have a backup of the games that you have played before.

One of the most famous emulators for retro gaming is the Nintendo DS. This emulator houses several games from classic to modern such as "Legend of Zelda" and "Mario" franchise.

It also features cloud syncing, multiplayer options, and more options that would amp your gaming experience. This emulator is a good pick for iPad and iOS users since its user-friendly UI provides convenient controls.

So far, your iOS gaming should include a Happychick emulator. This retro console emulator will help you experience nostalgia again in the most popular franchises such as "Grand Theft Auto" and "Call of Duty."

What's interesting about this iPhone emulator is its all-around support for various consoles, including PSP, Gameboy, and the mid-2000 Nintendo gadgets.

With Happy Chick, you can play anywhere and anytime you want since it does not require strict WiFi access.

Provenance is another candidate for the best iPhone emulators up to date. Regardless of the type of the games, this emulator is a good software to use, especially for retro gamers.

Furthermore, it also sports an online gaming option, as well as other customizations inside the app.

Are you an avid fan of "WWE," "Pokemon," and other retro games? This GBA4IOS would be the ideal multiplayer emulator that you could have.

From the likes of the games from Gameboy Color, Advance, and even Nintendo consoles, you could freely map the controls according to your preference.

We recommend this emulator for those who have iOS 9 and older versions.

According to How to iSolve, Delta is quite similar to GBA4IOS. However, it comes with minor improvements. For iOs 10 and above users, you can now play many retro games through Sega, GBA, NES, and a lot more consoles.

For more game-related articles, you can check the latest report about the best low-spec games for your computer. Also, don't forget to view the top 5 android games in the month of September.