Low-spec computers have a clear downside when it comes to gaming. For a player who wants to test many games on his PC, that will not be possible if the computer could not meet the game's requirements.

On the bright side, there are some that only demand low requirements from the user.

If your PC is subpar and can only allow limited games that you like, don't worry since there are a lot of choices that you could still play on top of your concern.

Here are the best video games with low requirements for your PC. 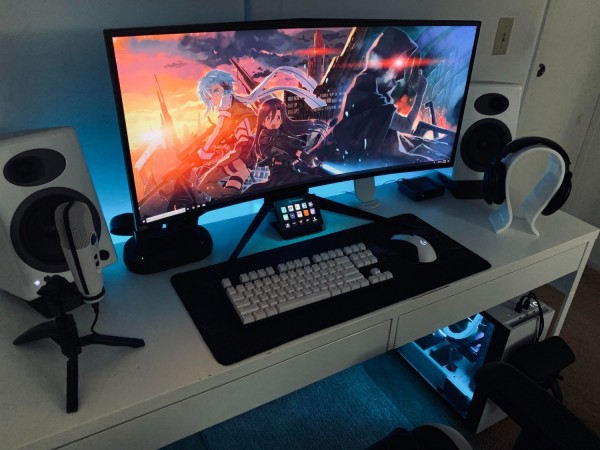 According to a September report by Gamerant, "Valorant" is the most preferred video game with low PC requirements. Surprisingly, this low-end game is loved by many players, streamers, and casters all around the world.

Besides, this free-to-play video game won't eat a lot of space on your computer.

Through Unreal Engine, RIOT Games managed to create an FPS game with beautiful graphics and gameplay without sacrificing a big space.

Now rising as one of the most popular games as of 2021, "Valorant" will continue to climb on the ranks of the most prestigious video games on PC.

Are you wondering why "Minecraft" is beloved by many fans regardless of age? There's only one reason why many casual players like the game besides its gameplay: its availability.

"Minecraft" is the second candidate for the best low-spec PC games that you can play. For over a decade, this block-building game continues to bring enjoyment to many viewers and gamers.

Although its mechanics are simple, there are challenging tasks in the game that you need to overcome.

"Stardew Valley" is a must-install game that PC lovers would want to have, especially those who love classic graphics.

The visuals of the game feature a fresh air of nostalgia and pastel colors. It relies on farming and other side tasks that gamers want to explore.

"Stardew Valley" is a top-notch low-spec PC game that you should play. You can play it even on your Windows Vista computer.

Earlier this month, the first esports cup for "Stardew Valley" took place. With a prize pool of $40,000.

The slash-and-hide video game, "Among Us" is the dark horse of this year for the battle of low-end games. This game broke the barriers of expectations for fans who have some opinions about the game.

"Among Us" is an amazing low-spec game if you are looking for some fun with your friends.

Right now, most devices could play this game.

For card enthusiasts who are looking for a fantastic game, this video game has plenty to offer besides its graphics. Through the years, "Magic: The Gathering" fans knew how it feels to play with a challenging objective.

PCGamer included this in its list of the best low-spec PC Games.

You can collect many cards and compile them in your deck. Your battle will begin once you are set to compete with other players. Your decision-making skills will be tested in this game.

Besides these games, you can also check the best N64 Games on the Nintendo Switch subscription platform. For follow-up, view the "Mario Kart 8," which recently topped the UK Sales chart.