Riot Game's top-hit first-person shooting game, "Valorant," is amassing a huge pool of players this year. Surprisingly, the now rising video game is becoming more popular with many gamers, especially those who love to hide and shoot.

The game started last year in April as a beta release under the "Project A" name, and has since been making rounds on all platforms due to its competitive style that is comparable to previous FPS titles like "Counter-Strike" and "Call of Duty."

If you want to play another game with the same concept as "Valorant," what would it be?

For that, we have an answer for you. Here is a list of the five games that work similarly to Riot's game.

Top 10 'Valorant'-Like Games You Should Play 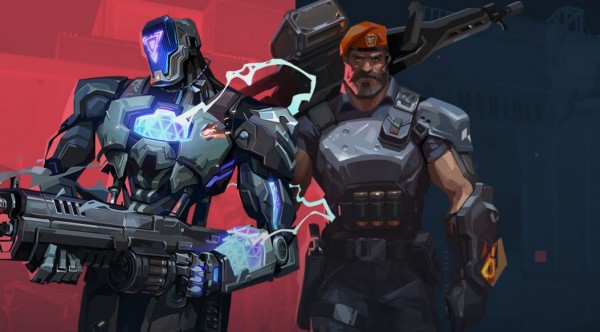 (Photo : Riot/Valorant via screenshot )
Here are the top five games that you should enjoy playing if you are a 'Valorant' fan

According to a report by GameRant, here are the top games that you should try if you love playing "Valorant."

For those who love firing bullets at their opponents, "Overwatch" could be included in your updated list of FPS games. Most likely, the concept borrows a similar style to "Valorant" in terms of design and hero skills.

Blizzard has invested a lot for this game that it became a fan favorite over the past years.

At first glance, you will notice the huge difference of it compared to "Valorant" in terms of graphics. Moreover, you will surely enjoy the flow of the game packed with the characters that you won't expect to arrive.

This game will stay for years to come since "Overwatch 2," its sequel, is just around the corner.

2. 'Fortnite Save the World'

"Valorant" is hard to compare when you are not keen on the details of a game. One instance tells that it shares some similarities with a "Fortnite" game. Fans have been serious about the comparison since the gameplay of "Fortnite" is quite identical to Riot's game.

"Paladins" might not be the best option for a "Valorant" comparison, yet this game has been featured due to its beautiful weapon design and unusual character superpowers. This FPS title has a near look that is the same as "Valorant," but for the fanbase, the latter has a more established number of players.

"PlanetSide Arena" has shut down prematurely en route to its official release to the public.

During its beta, the game only stayed for three months before being removed by the developers, Rockpapershotgun reported.

However, despite the sudden closure of the arena version, the sequel of this FPS game remains alive at the moment. Like "Valorant," it has exciting map features and weapons that are comparable at first glance.

If you want to settle with a "Valorant" wannabe game, "Apex Legends" would be one of the best choices for that preference.

So far, the game has become famous among FPS fans due to its story and gameplay. Users also enjoy its regular updates which feature new weapons, prizes, and other changes.