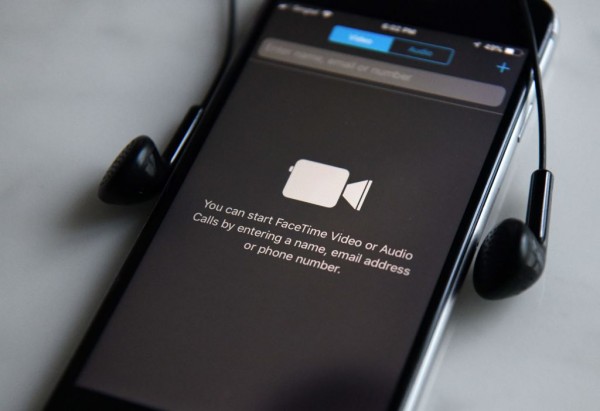 (Photo : by ROSLAN RAHMAN/AFP via Getty Images)
This photo illustration taken on April 17, 2018 shows the FaceTime app for video and audio calls on an Apple iPhone 6s in Singapore.

As per CNBC, previously FaceTime is only exclusive to Apple users with an iPhone, iPad, and even Macs.

FaceTime for Android, Windows in iOS 15

However, for the first time, through the iOS 15 update, FaceTime is now also available on Android and Windows users, at least via browser.

Although iMessage is basically the messaging counterpart of FaceTime, the Cupertino giant has yet to release it to non-Apple users as well.

But for now, Apple, Android, and Windows users could finally break operating system barriers and call each other, either through voice or video.

It is worth noting that video conferencing steeply increased its usage as the COVID-19 pandemic forced people to stay at the confines of their homes.

As such, the video conferencing platform, Zoom, which was not a household name before the pandemic, became one of the most-used apps.

That said, it seems that Apple did not want to be left behind by the increasing market of video calls. Thus, the iPhone maker opened their once exclusive feature to more users.

How to FaceTime Android or Windows Users

Now that iPhone, iPad, and Mac users could call friends, family members, and work colleagues, who are using Android or Windows, here's how to do so.

But before anything else, it is worth noting that one of the users needs to use an Apple device.

The person with the Apple gadget needs to share a link to the Android or Windows user, which they could open on any web browser from their phone or computer, according to CNET.

That said, non-Apple users will no longer need to install another app to their platform, any preferred web browsing app will do.

Without any further ado, here's how to FaceTime non-Apple users:

How to Join FaceTime Call from Android or Windows Device

If you're an Android or Windows user, there are different steps to follow to start joining a FaceTime call that an Apple user hosted.

First off, ask for the link from the iOS user as it would be required to join the FaceTime call, as per MacWorld.